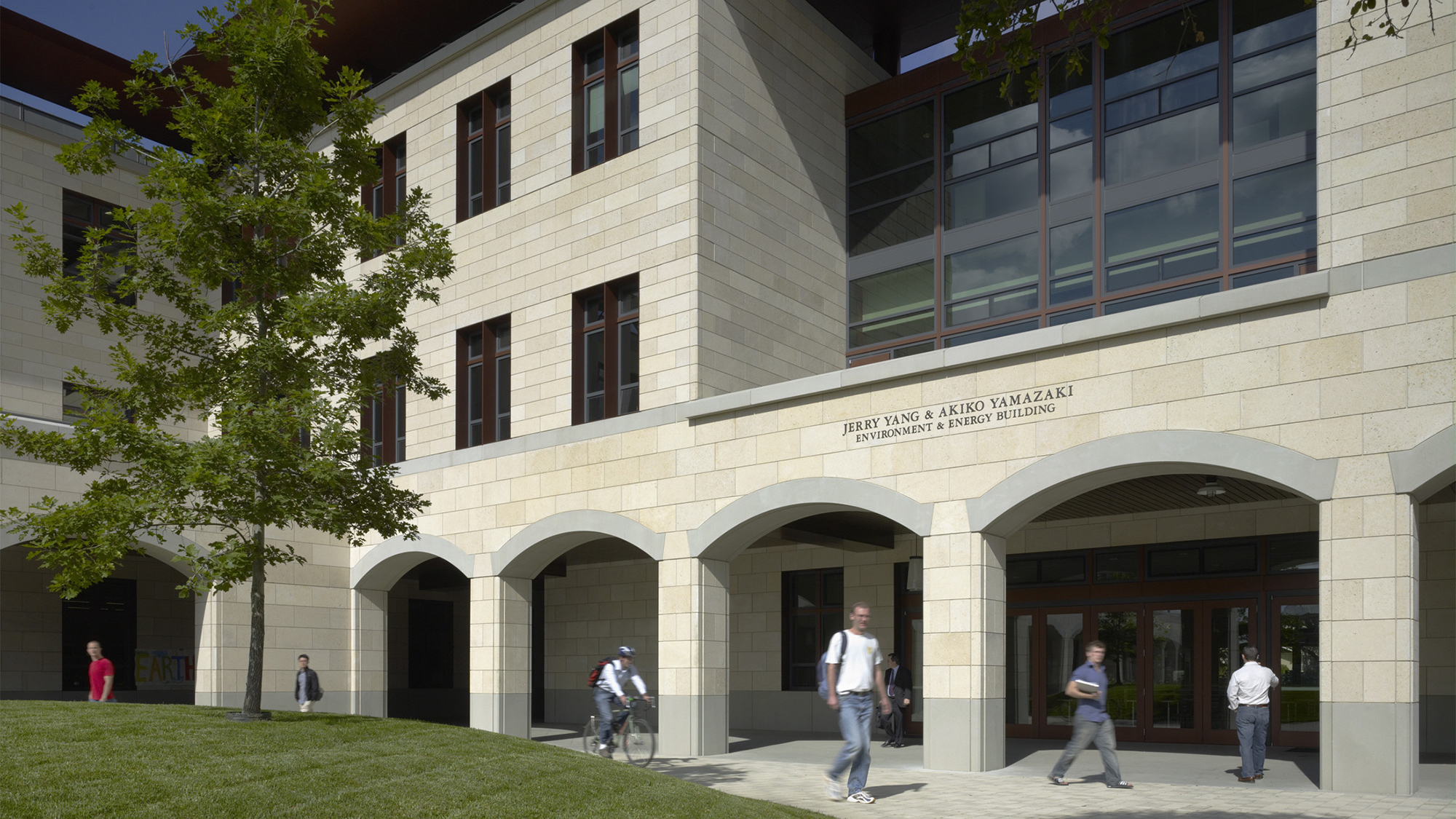 The Jerry Yang and Akiko Yamazaki Environment and Energy (Y2E2) Building houses Stanford University’s new interdisciplinary initiative for the integrated study of energy and natural systems and aims to be a model of sustainability and energy efficiency.

Y2E2 exemplifies a new kind of thinking aimed at providing watershed solutions in the areas of environment, technology, and energy. Completed in early 2008, Y2E2 was the first building in Stanford’s new Science and Engineering Quad 2 (SEQ2).

The four 80ft tall atria, which provide openness to light, sound, airflow, and workplace connectivity, were established early in the project as both a key to the project’s success and as overlapping performance challenges to be solved by the fire, lighting, acoustics, and mechanical engineering teams in Arup.

Working with Boora, Arup’s overall task was to create spaces that are comfortable for the occupants and form an integral part of the building’s passive ventilation and fire alarm smoke release schemes.

Stanford’s temperate climate is ideal for the passive conditioning and ventilation of buildings by natural airflow and over the past half-century the campus had incorporated natural ventilation in several buildings that could have otherwise been mechanically conditioned. Not all were successful, however, and from the start of Y2E2’s design the team was challenged to find a meaningful solution that incorporated lessons from past successes and failures.

Through a combination of computational analysis and stakeholder discussion, Arup was able to demonstrate that the north and east facing offices and conference rooms would maintain comfortable conditions with no mechanical cooling or forced ventilation. 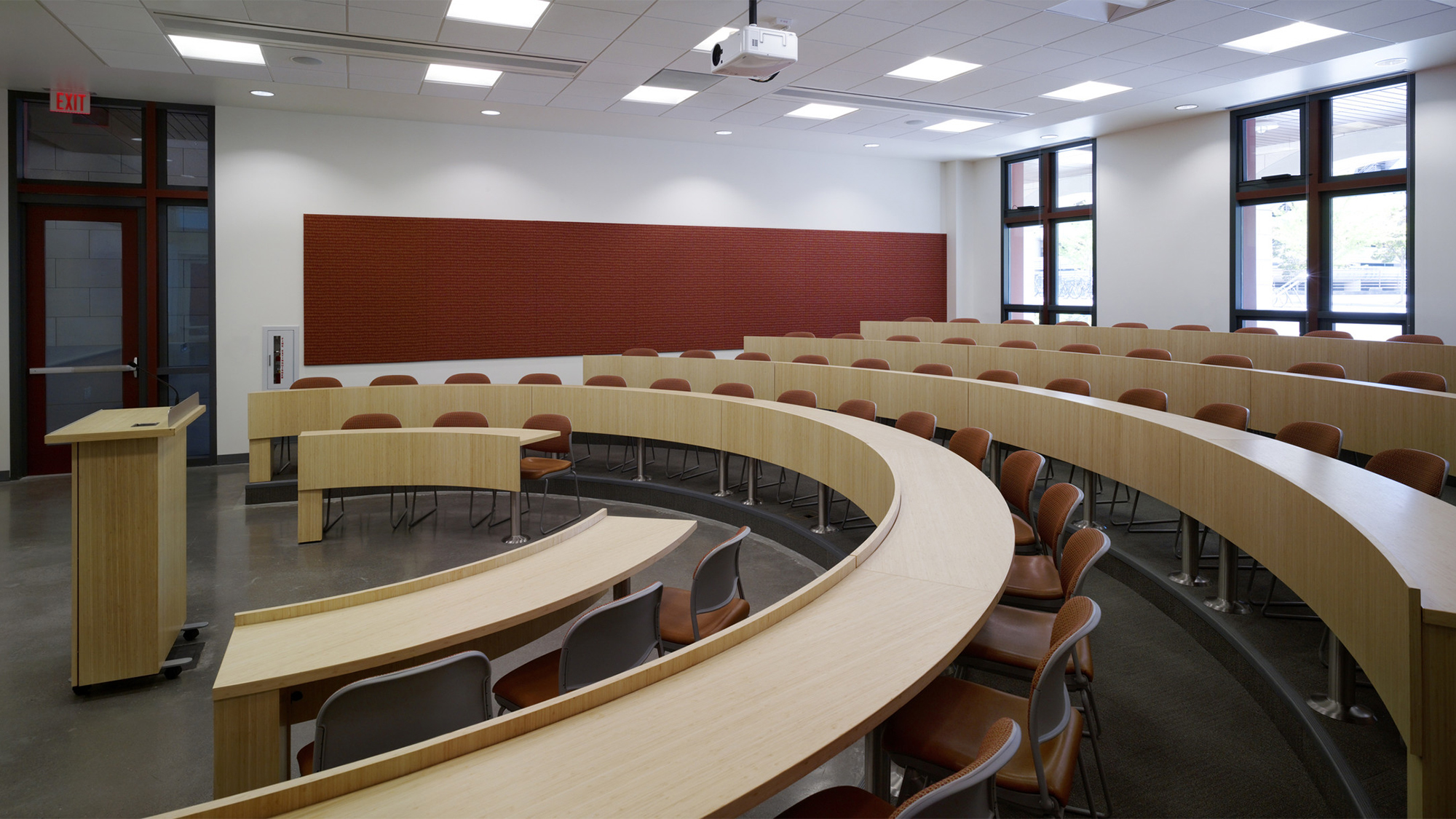 1 of 2
Completed in early 2008, Y2E2 was the first building in Stanford’s new Science and Engineering Quad 2.

Investing in sustainable features throughout the building has proven financially worthwhile for Stanford. Fahmida Ahmed, Associate Director of Stanford University’s Office of Sustainability was quoted in the San Francisco Registry two years after Y2E2 opened as saying, “The additional construction expense of the sustainable systems added 2 to 3 percent to what the building would have cost otherwise – the ‘sustainability premium’. Combining the up-front cost premium with the ongoing operational efficiencies, Stanford expects the investments to pay for themselves collectively within the next year or so.” 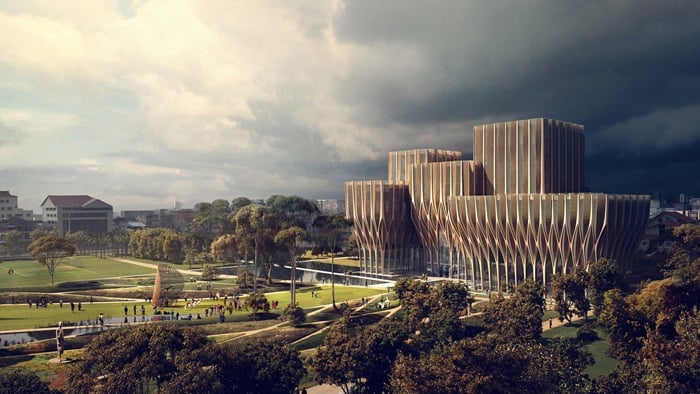 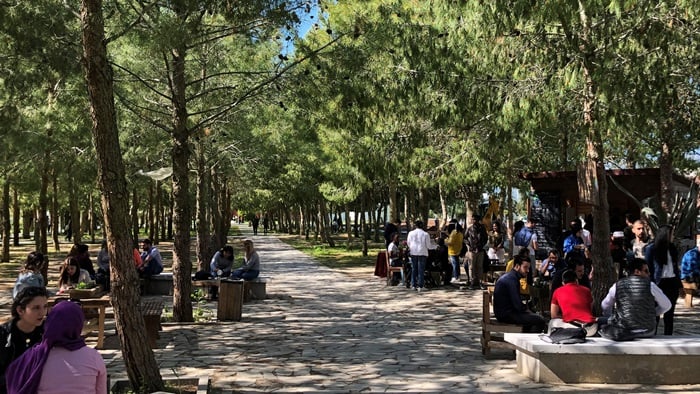 African Institute of Science and Technology