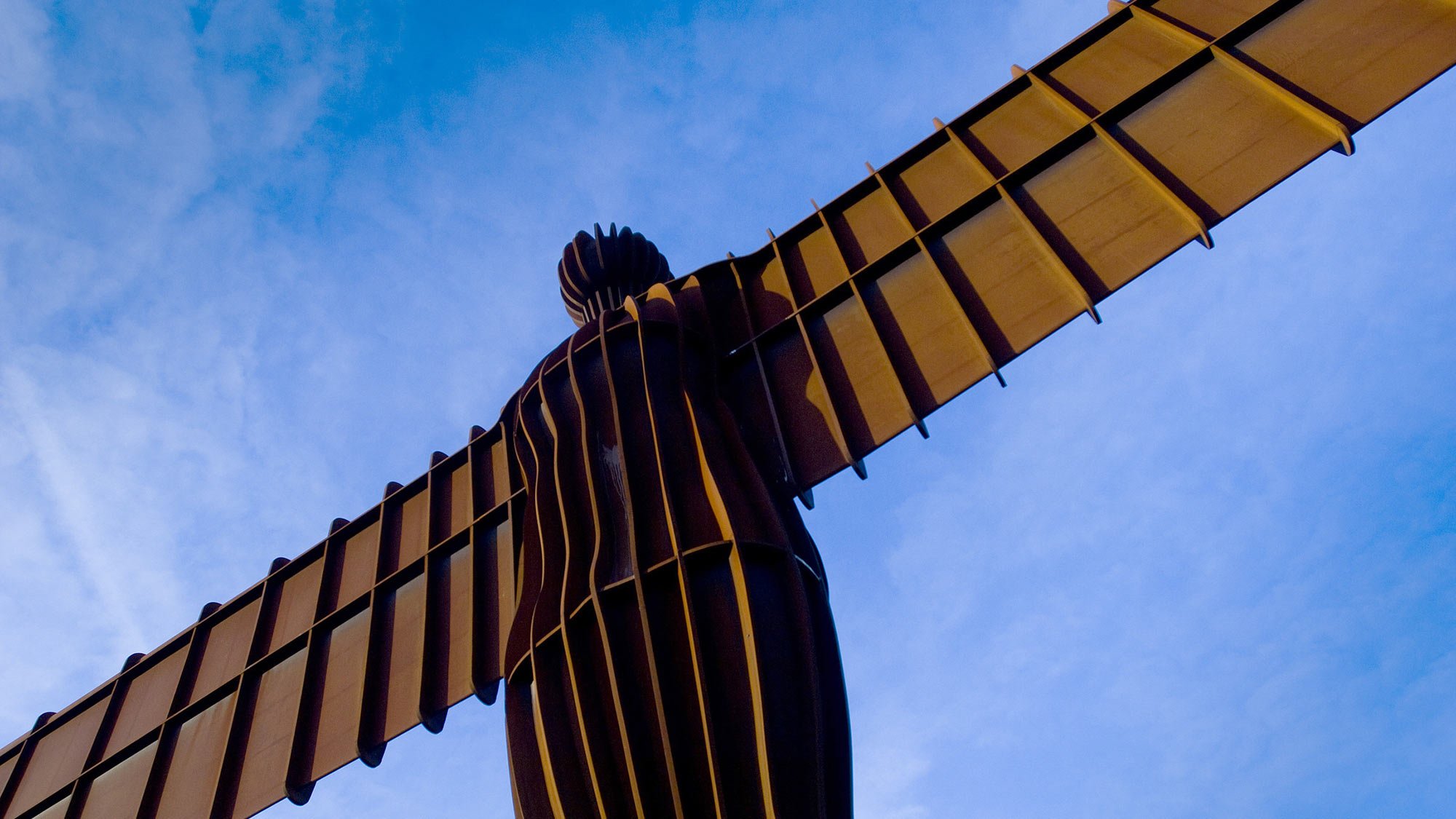 The Angel of the North, Gateshead

The Angel of the North: A steel sculpture and landmark for North East England

The Angel of the North 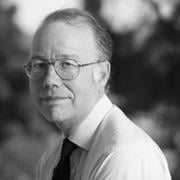 The Angel of the North, completed in 1998, is a steel sculpture located in Gateshead, UK, overlooking the A1 motorway. It was designed by artist Antony Gormley, commissioned by Gateshead Council and majority funded by the National Lottery.

The Angel of the North is as much a feat of engineering as a work of art. It has a wingspan greater than a Boeing 757 and is able to withstand winds of over 100mph in its exposed hilltop location.

Having worked with Antony on previous sculptures, our structural engineers were confident that we could help him to realise his design concept without compromising on appearance, to achieve a safe structure.

The sculpture is a scaled up version of Antony’s body and stands 20 metres tall with a wingspan of 54 metres. Typically, a human figure leans to adjust to the loading imposed by a gust of wind but the statue had to withstand these forces in a static state. As a result, the connections joining the wings to the body, strength of the ankles, and the foundations are all vital points in the design.

The most important thing is that this was a collaborative venture. We were evolving a collective work from the firms of the North East and the best engineers in the world. ” Sir Antony Gormley

Originally it was assumed that it would be necessary to make the ankles thicker as a top-heavy sculpture would be in danger of falling over. Instead the fabricator specified strengthened steel ribs to transmit the wind loads through to the foundations, enabling the slim ankle shape. Beneath the ground, 700 tonnes of concrete and 32 tonnes of reinforcing steel were used in the foundations extending down 20 metres, anchoring it to the solid rock beneath.

Sculptures are often cast in bronze but something stronger was needed, so steel was specified.  The cost of repeatedly painting conventional steelwork, or using stainless steel, was too high so we suggested using Cor-ten steel. Cor-ten is a special alloy that combines steel and copper that forms rusty patina during the first few years of exposure. This low maintenance and visually attractive finish protects the structure from environmental corrosion 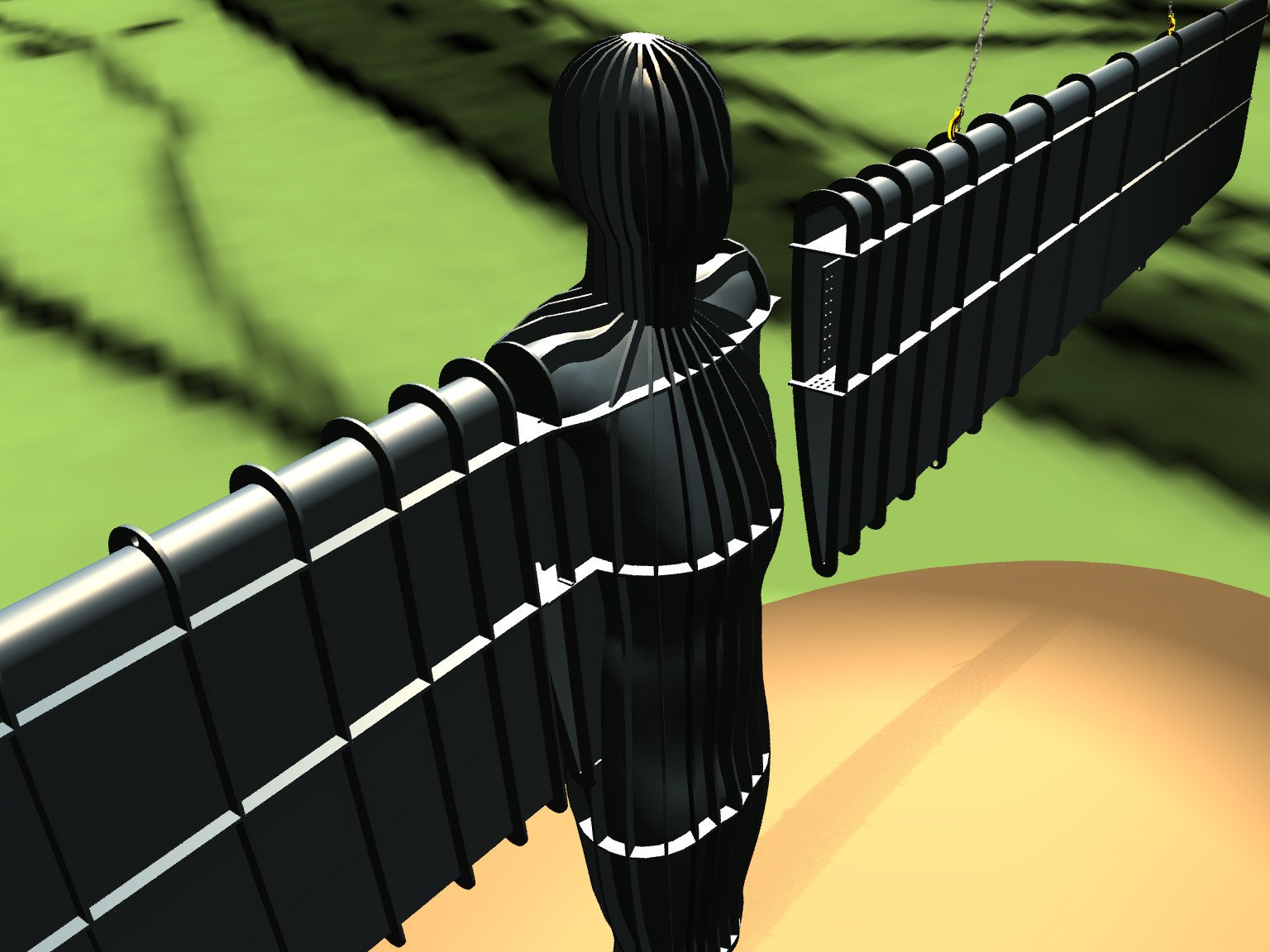 Gormley created the 3D design model of the sculpture by scanning his own body using innovative geomatics and plotting coordinates to create a virtual ‘angel’. The body, weighing 100 tonnes, and the two wings, each weighing 50 tonnes, were built separately and transported to the site for assembly.

The whole project was delivered on time and within budget thanks to collective work between our engineers, the fabricator and the sculptor. Seen by more than one person every second, 90,000 every day or 33 million every year – The Angel of the North is one of the most viewed pieces of art in the world. 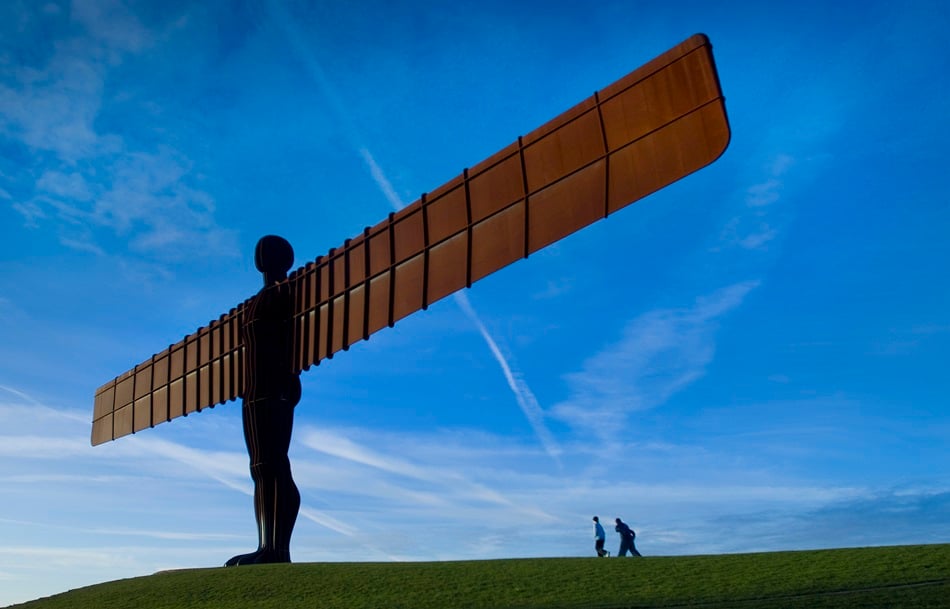 The wings themselves are angled at 3.5 degrees forward, which Gormley says was to create "a sense of embrace" 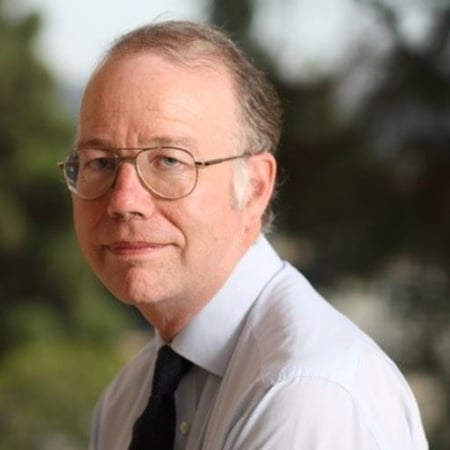