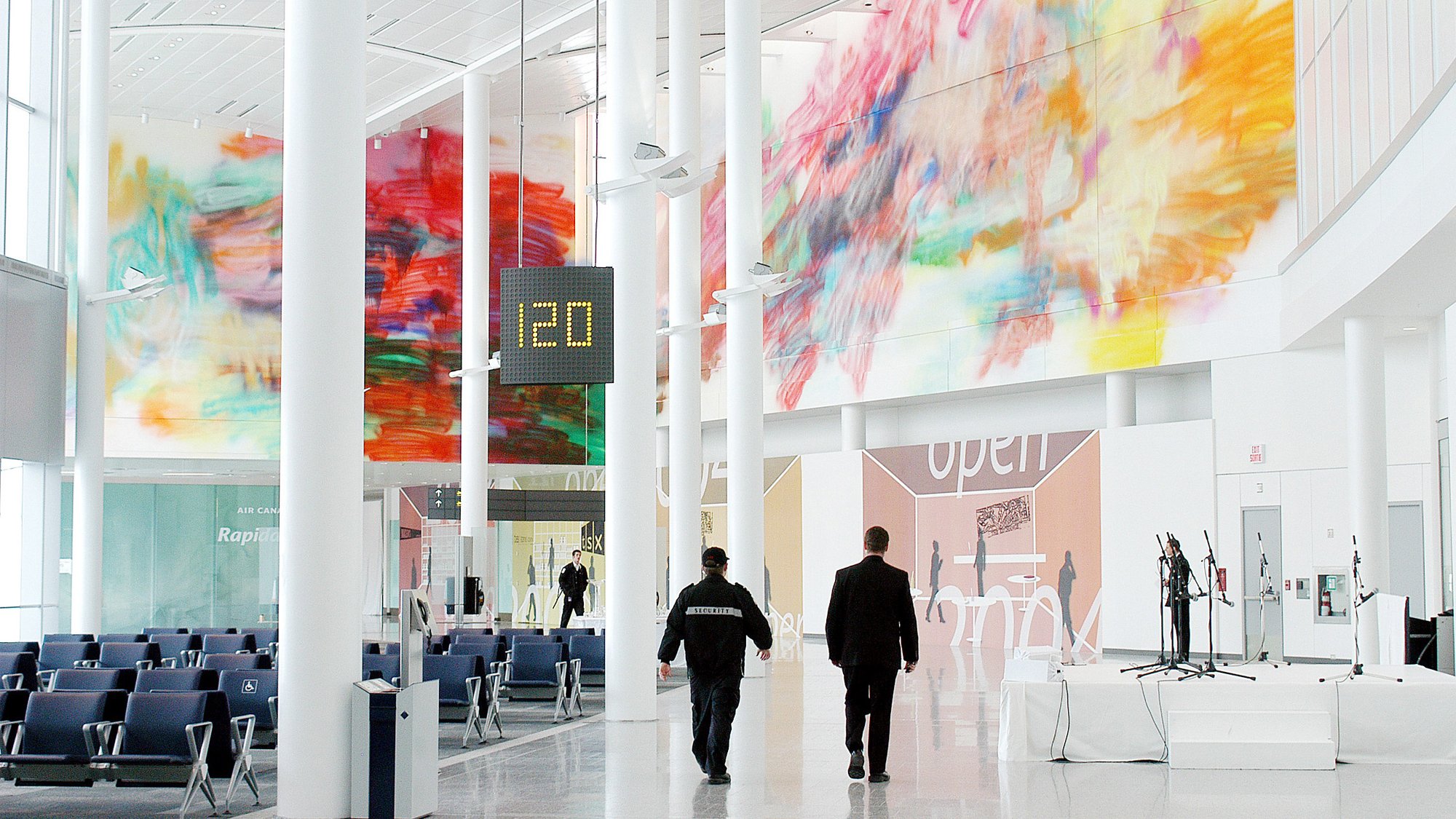 By the 1990s, Toronto’s Lester B. Pearson International Airport had reached a breaking point in terms of capacity, operational efficiency and passenger service. In 1995, the newly established Greater Toronto Airports Authority (GTAA) embarked on a major program to renew the '60s-era facility, a gateway to Canada’s largest city and the primary hub for Air Canada.

In addition to a major new terminal, the project included staged implementation of new infield support facilities such as cargo and maintenance hangars, a temporary terminal, a new runway and airside improvements, a more efficient road system, a parking garage, a people-mover, and associated infrastructure.

Working for and with the GTAA, Arup provided masterplanning for $4.4bn airport development project. We were also responsible for structural, mechanical, electrical and plumbing engineering, in addition to acoustic, audiovisual, and information technology and communications (ITC) consulting, for the new 250,000m2 Terminal 1.

Involved from the outset, Arup worked continuously on the project through the completion of its first two stages in 2007. We remain active in planning the future expansion and renewal of Terminals 1 and 3.

The first major design task was a masterplan for a single terminal which would eventually replace two existing ones. The effort focused on finding a footprint that would optimize the perimeter available for gating aircraft, in addition to providing an adequate terminal depth and road network. The result was a crescent-shaped terminal wrapped around a tightly planned groundside, with multiple piers extending to the airside.

Arup developed a plan which allowed the airport to meet traffic demand and remain fully operational through a 10-year construction program. Construction of the new Terminal 1 was planned in stages to sequentially replace the two oldest terminals and achieve a fully integrated 2-pier facility that will be further extended in 1-pier increments. 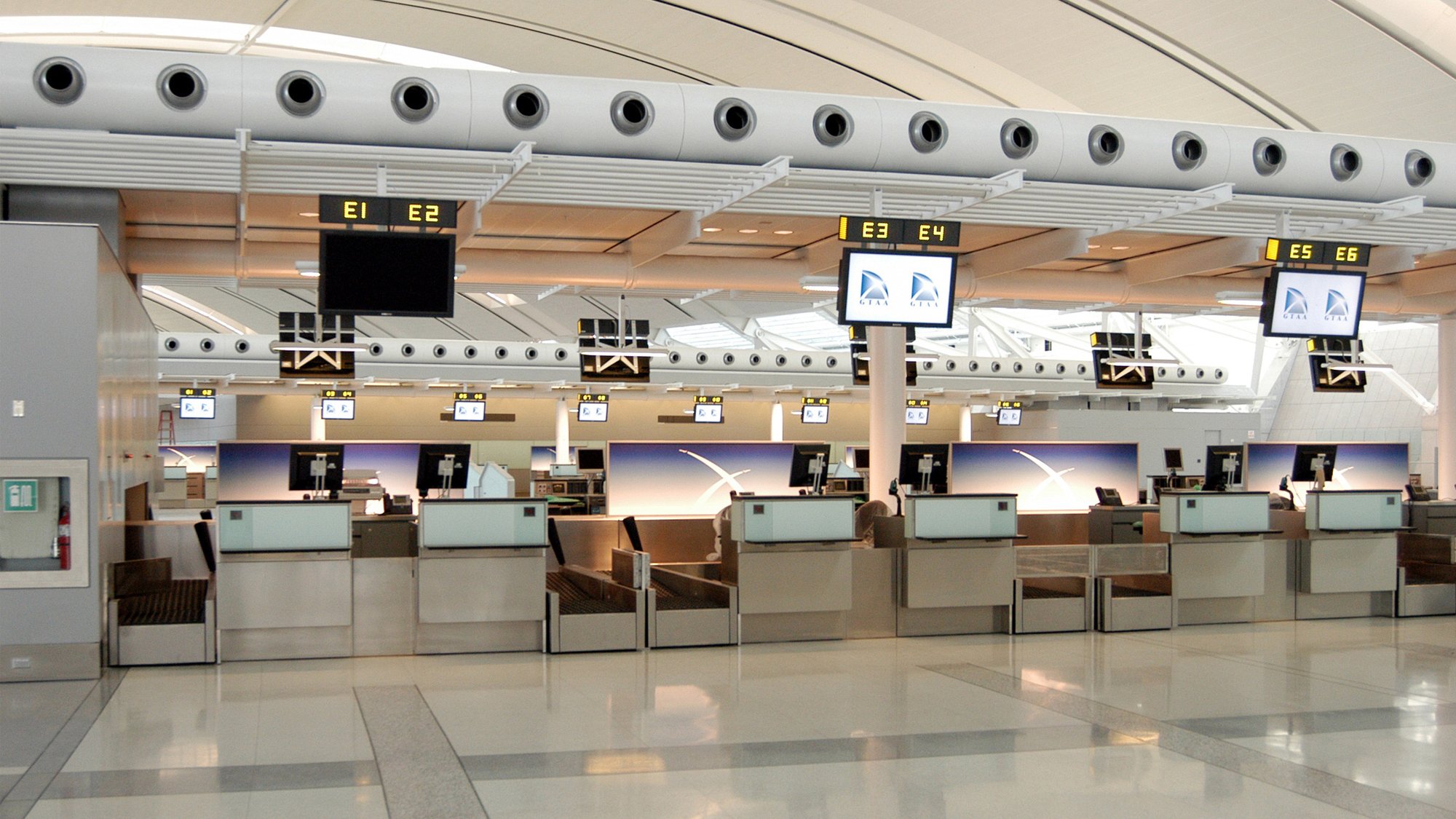 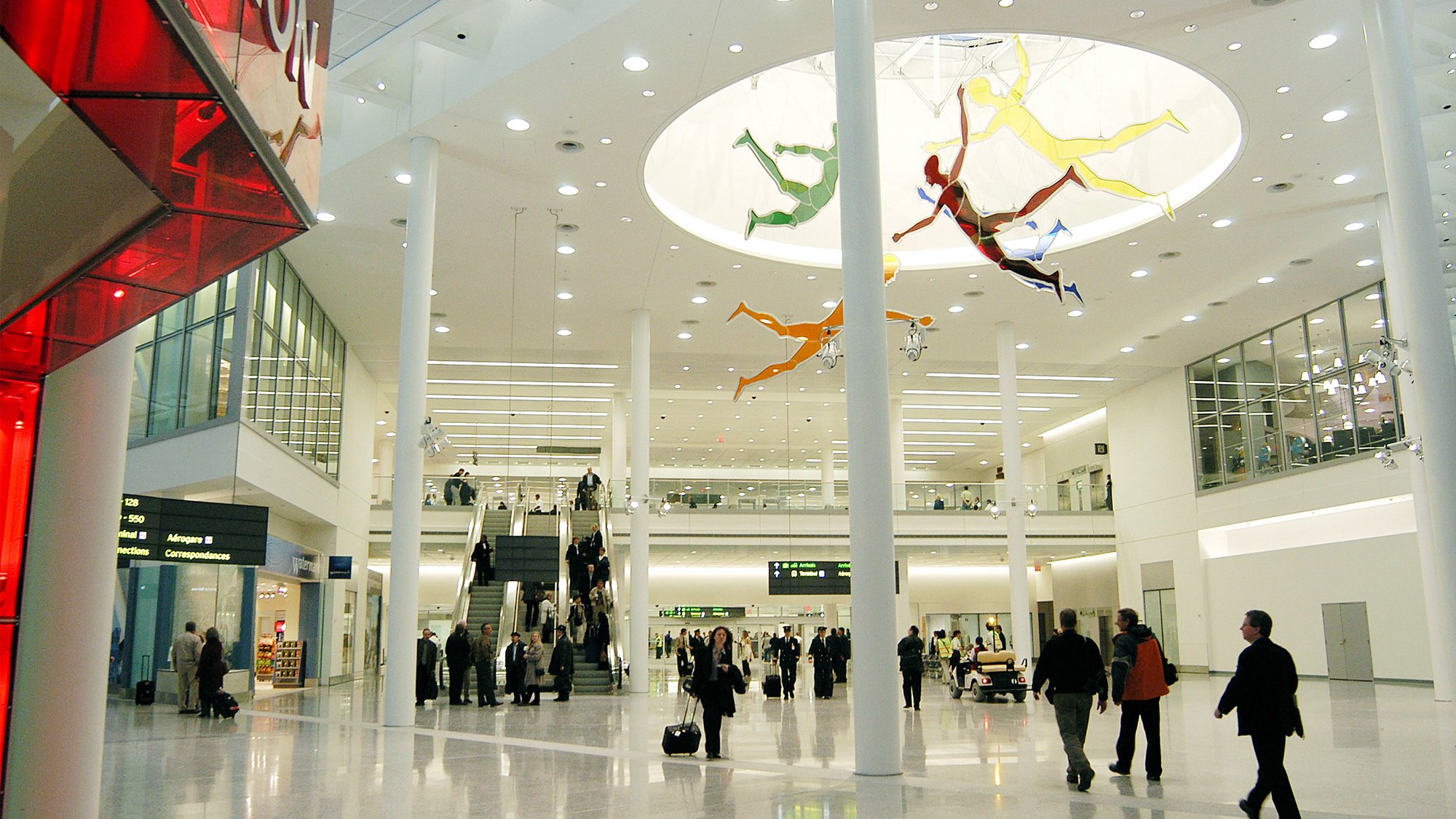 1 of 2
Our IT and communications experts' innovative solutions provided the airport with a flexible, state-of-the-art system.

After completing the masterplan, Arup provided structural and MEP engineering for the new terminal.

The client wanted the building to serve as an icon for the city of Toronto. To this end, Arup engineers worked closely with the architects to develop elegant structural systems. The result is a 66m, column-free span whose minimal structural depth permits extensive skylights.

Highly efficient, cost-effective structural design was also critical in a building of this size.

One strategy employed was ‘regionalization’. By locating services for each building area within that area, we simplified the design by eliminating the need to cross critical junctions such as staging lines, double-height spaces and structural expansion joints.

To meet the client’s need for a reliable power source, our electrical engineers provided multiple levels of redundancy and contingency.

The airport renewal provided an opportunity to improve passenger experience and automate business processes by implementing a state-of-the-art converged IT and communications network to support new, emerging and anticipated ITC systems.

As the new terminal was a key part of the airport, Arup’s scope included review and assessment of existing systems to ensure integration. We set a design brief, budget and program for the implementation of new systems as well as design, procurement, construction administration and commissioning. The systems include all technology-based systems, including voice, data, wireless, security and controls systems, system integration, passenger processing, public address, and flight information systems.

Arup worked with GTAA, airlines, and other constituents to ensure universal understanding and acceptance of the common-use and shared systems. We then helped GTAA develop airport-wide change management policies and procedures to ensure success over time.

Because of the phased implementation of the new terminal, the design had to both accommodate numerous existing conditions and incorporate the transition to new systems and business processes. The airport therefore benefited from state-of-the-art ITC, along with new systems and business processes, from day one, without need to wait for project completion.

The foundation of the ITC and airport systems is a converged network that supports all communications requirements at the airport. It generated more than $3m in non-aeronautical revenue for GTAA during the first year of operation. The network supports airline, agency, tenant and other communications requirements, interconnecting all airport operation and building systems in real time. 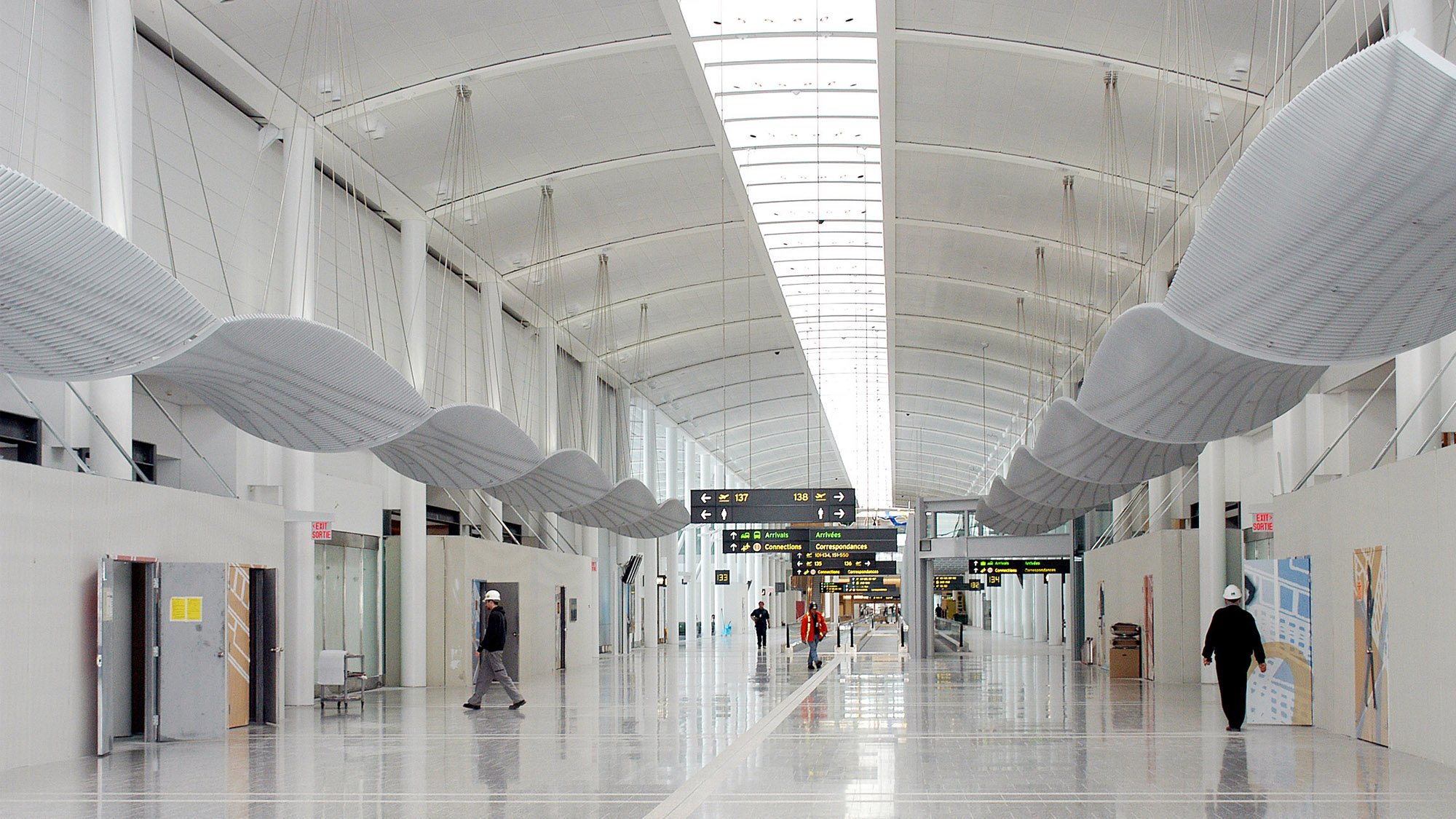 For this extremely large, complex project, the magnitude and sophistication of the systems and interfaces required a structured approach to testing, commissioning, acceptance and turnover (TCAT) on a scale not previously experienced by the trade contractors and construction manager.

Arup leveraged its extensive experience in the field to develop a comprehensive approach to the TCAT process. We developed several groundbreaking tools which enabled each system to independently upload progress data during design and construction. This resulted in accurate forecasts of the time and effort required for completion. 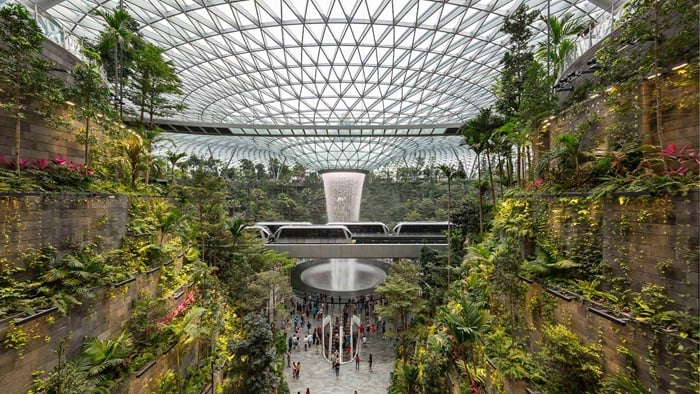 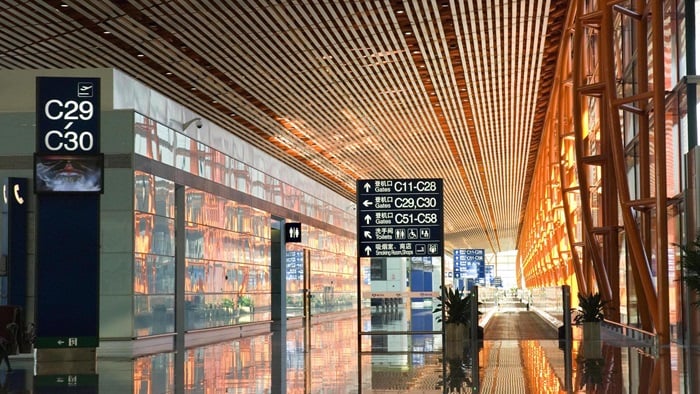