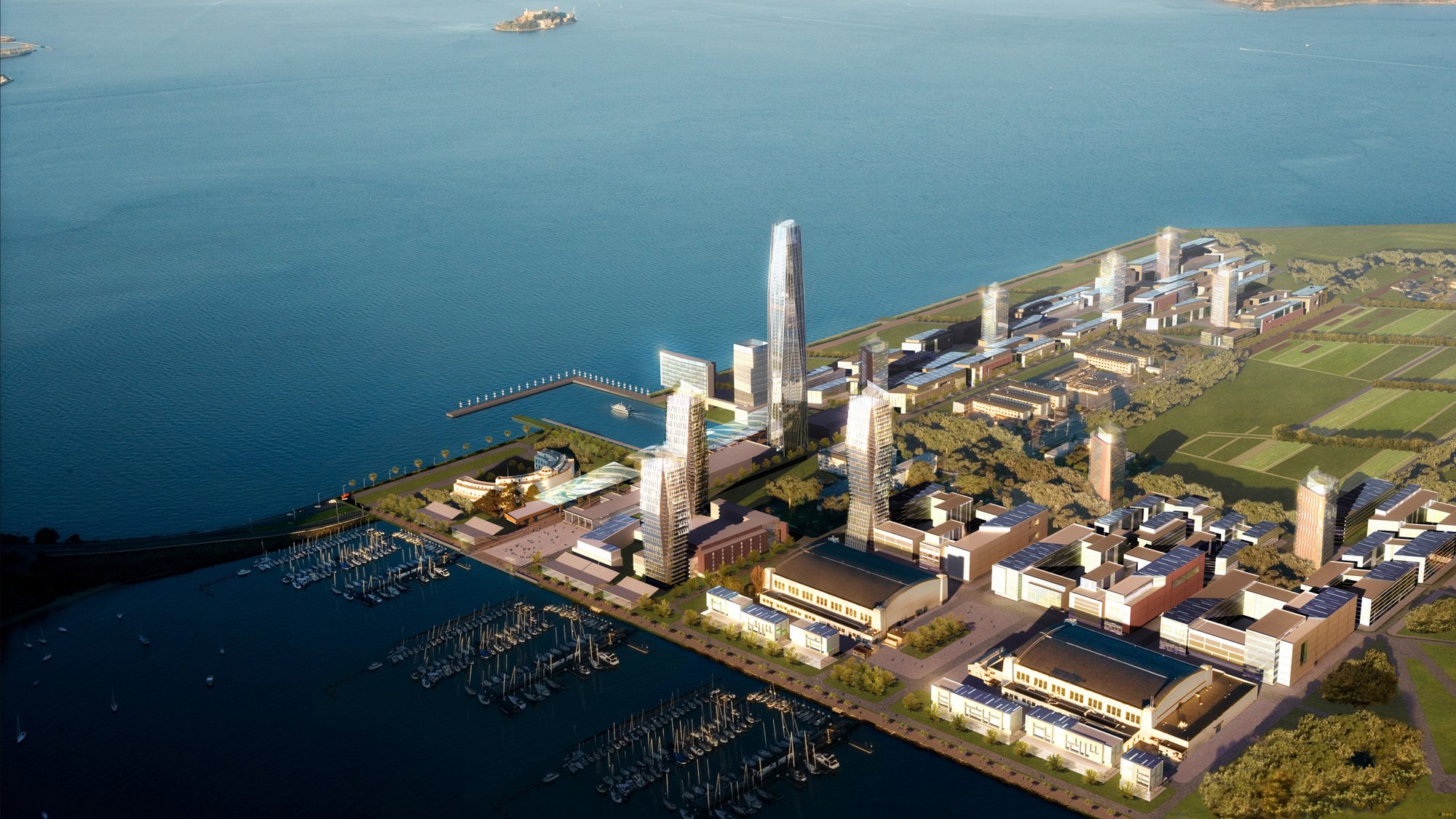 Taking its name from the traces of gold rumoured to line the dredged river delta mud that helped to create it, Treasure Island in San Francisco Bay will be the home of a highly-sustainable urban community.

The island was developed in the 1930s as a seaplane depot and was planned as the city’s airport. From the onset of World War II, the island was used as a naval base until 1995.

Following its decommissioning, a redevelopment plan emerged from hundreds of planning sessions and public meetings. The plan envisioned a 6,000-unit residential and mixed-use development that will draw more than 50% of its energy from renewable sources.

In addition to widespread use of solar power, Arup has recommended on-island power and waste water treatment, stormwater attenuation, wetlands treatment and grey water reclamation, as well as alternative transport options for residents and tourists.

The current timetable is that the first residents will begin taking occupancy in 2013 and 2014.

The plan for Treasure Island embodies the tenets of new urbanism, with its emphasis on creating compact, interconnected central communities that resurrect the diversity, human scale and 'connectedness' of older, organically-grown urban settings.

By reorienting the street grid, planners optimised solar exposure and protection from wind to save energy on lighting, heating, and cooling, while making outdoor areas more hospitable.

Buildings will be designed to meet the US Green Building Council’s gold standard for energy efficiency.

Ninety percent of residents will live within a 10 minute walk of the commercial centre, where they can access public transport to points across the bay.

More than half the island’s 400ac will remain as open space, home to a new biologically-diverse ecosystem of native plant species. Along with better energy efficiency and reduced reliance on cars, the offsets are expected to cut per capita carbon emissions by 60%.

Twenty acres will be used as farmland to grow produce locally. 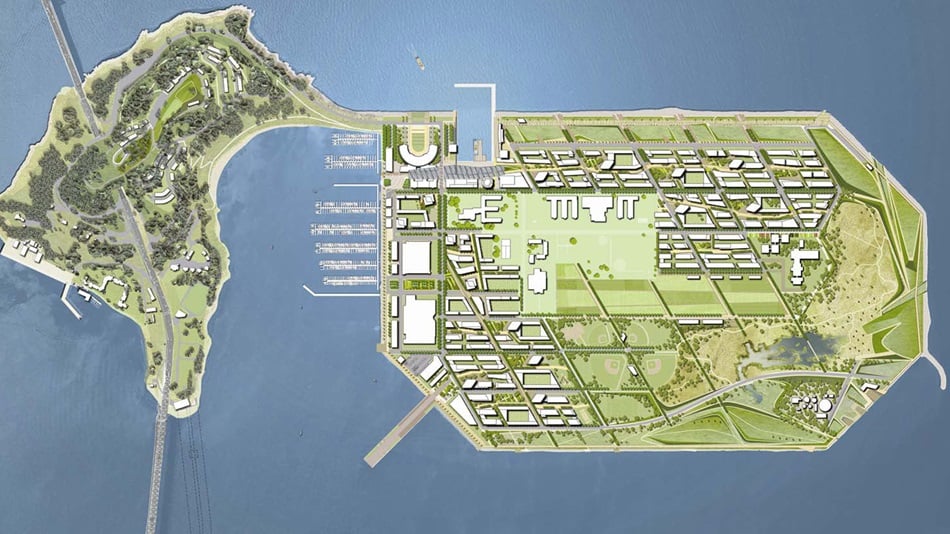 The development will draw more than 50% of its energy from renewable sources.

As one of the initial 16 projects to participate in Clinton Climate Initiative’s (CCI) Climate Positive Development Program, the Treasure Island project aspires to be one of the most sustainable developments in the country. It is also targeting LEED ND Platinum certification with building performances set to exceed the LEED Gold-equivalent San Francisco Green Building Ordinance.

To achieve these ambitious carbon and sustainability goals, Arup evaluated a broad range of design strategies during the conceptual design phase—the goal was to identify those strategies that proved technically and economically feasible, improved the community’s environmental performance, and enhanced the experience of living on the islands. The strategies selected for further design and development included wind and solar power, development of a central plant to service the island, storm water attenuation and wetlands treatment, on-island wastewater treatment and grey-water reclamation, and a variety of alternative transportation options for residents and tourists.

Arup evaluated the carbon impact of the various strategies, using internationally recognised protocols and the CCI’s Climate Positive framework. By starting with a “clean slate” for the Treasure Island project masterplan, we were able to significantly reduce demand and improve the quality of supply of building energy and transportation.  Specifically, the building-integrated energy efficiency strategies will be amplified through passive design relating to street/building orientation, while use of public transit is encouraged by design of a dense, mixed-use, transit-oriented development; all leading to significantly reduced GHG emissions. 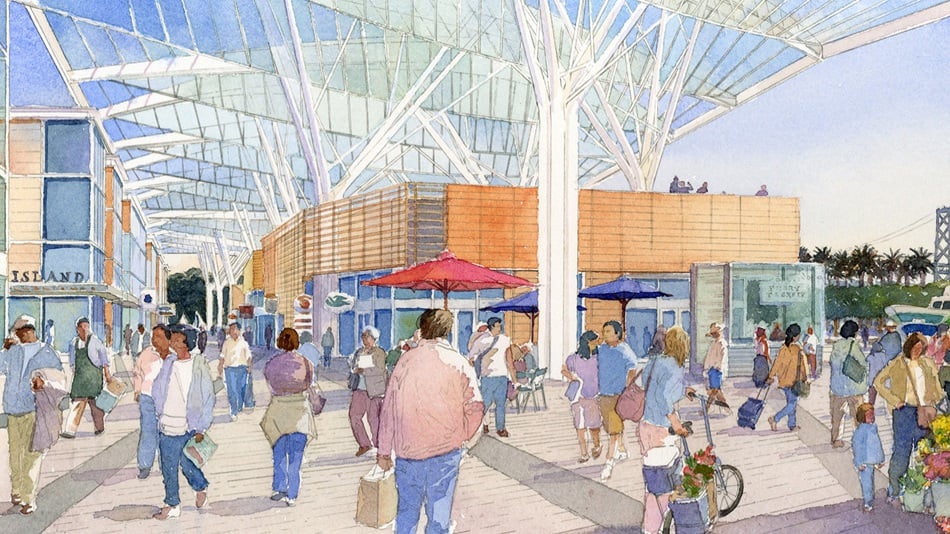 Treasure Island in San Francisco Bay will be the home of a highly-sustainable urban community. 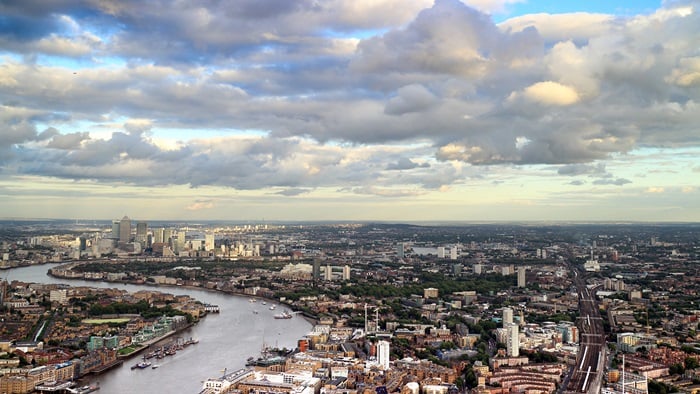 Thames Estuary: The 2050 Vision that will transform the Thames