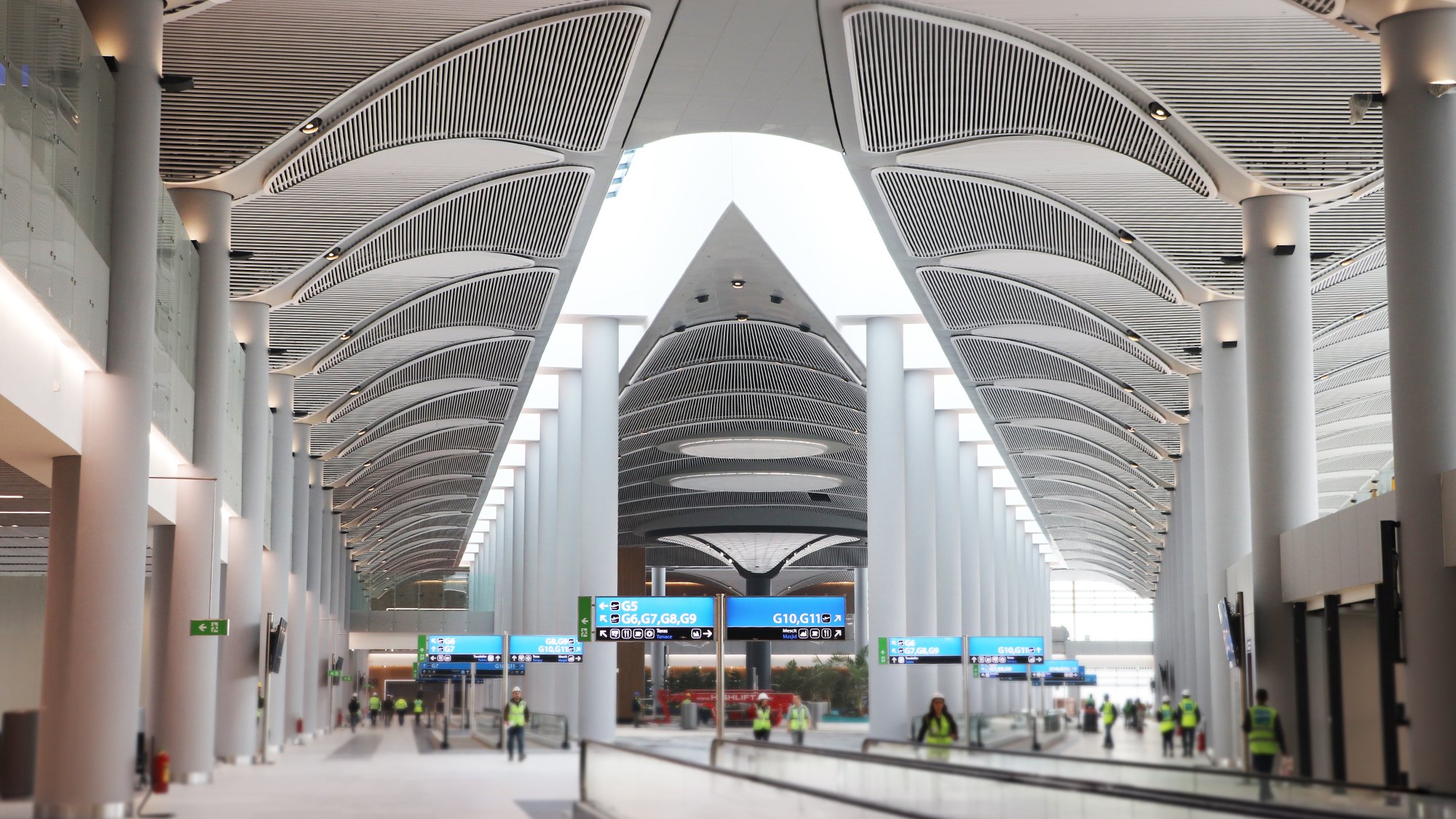 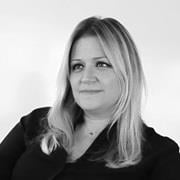 Türkiye's giant new airport, set to become one of the world’s mega aviation hubs, will reinforce the country’s historical role as a bridge between East and West. As a pivot between key air routes across Europe, Asia and the Middle East, the hub is designed to be able to handle as many as 200 million passengers annually once it runs at full capacity by 2050.

The country’s flag carrier, Turkish Arlines, will relocate its operations centre from Atatürk International Airport to the new hub as it positions for continued growth. Located on the Black Sea coast on the European side of Istanbul, the new airport will be delivered in three stages, with the first phase opening in October 2018. Upon completion, Istanbul’s New Airport will have a total footprint the size of a small city, hosting flights to over 300 destinations.

36monthturnaround: from design to delivery

30stakeholdersinvolved throughout the process, excluding contractors

Designed to provide a world-class travel experience, the airport has improved passenger flows with comfortable walking distances and an ample leisure offering. A megahub of this capacity requires operational facilities to match: Turkish Airlines alone will have around ten different maintenance and operational buildings on site with a total footprint of 700,000 m². 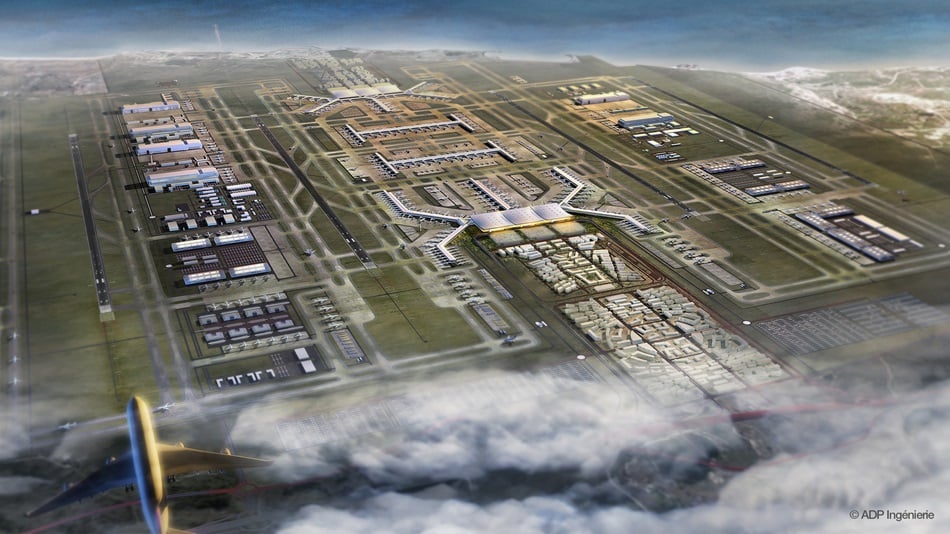 Turkish Airlines alone will have around ten different maintenance and operational buildings on site with a total footprint of 700,000 m².

The overriding challenge of this project was the ambitious opening date for Republic Day in October 2018: Arup adopted an agile approach to project managing the operational facilities that resulted in a 36-month turnaround from design to delivery.

Operational facilities: the heart of the airport

A multi-disciplinary team of Arup aviation and facilities experts as well as project managers worked together to detail the programme of requirements for the maintenance and operational facilities, with a total surface area of 700,000 m². Working directly with Turkish Airlines, Arup developed the design brief for each of the facilities and created the procurement strategy and tender for the design and construction amid very tight delivery deadlines. The commission of the maintenance and operational facilities comes on the back of our successful delivery of the airport and aviation master planning for winning consortium IGA.

We are delighted that our strategic advisory work is helping Turkish Airlines deliver a world-class aviation mega-hub for Istanbul against very ambitious deadlines. A seamless integration between the teams, and a lot of hard work, were key for the successful delivery of this project. ” 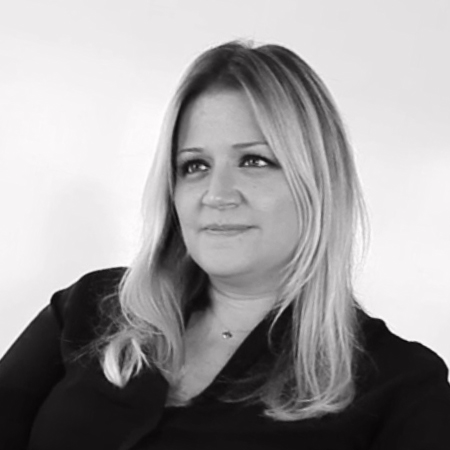 With a rough footprint of 164,000 m² and 175,000 m² each, the cargo and catering buildings will the largest such air-related facilities in the world. Turkish Airlines crew will also have access to top-of-the-range amenities, with a crew-only terminal with its own specifically-designated Check-in, Security Screenings and Custom Controls, separate baggage handling system; as well as staff-only lounges, briefing areas and bus gates.

Together with design management and design review roles, we also managed the designers on behalf of the client, while engaging with all the key players including internal Turkish Airlines stakeholders and the public-private partnership concession holders for the Istanbul Airport.

Part of our role included understanding, collecting and reviewing the operational needs and expansion strategies of all the stakeholders to ensure they were appropriately reflected in the design. Throughout the project, we coordinated with more than 30 stakeholders and provided design management and design review services for their new facilities. The large number of stakeholders and the involvement of multiple decision-making bodies required rapid reaction to change, all the while managing client expectations to comply with very tight deadlines.

An agile project management approach based on self-organised, cross functional teams was key to the successful delivery of the project. A team of Arup project managers are currently based on the site office, managing two different main contractors, more than four main design companies and over twenty Turkish Airlines stakeholders.

Front-of-house and customer experience touchpoints help shape a world-class travel experience through the entire passenger journey, from arrivals through to boarding. Arup provided design management and project management services for the Turkish Airlines terminal areas, airline lounges, customer service desks such as ticketing and help desks; as well as the back-office, including operational and technical offices within the terminal.

For the lounge areas, Arup ran a design competition to help Turkish Airlines select a designer and define the scope of the work, including the Main Lounge, Frequent-Flyer Passenger and Business Lounge, Exclusive Lounge, Domestic Lounge and Arrivals Lounge.

In the competitive world of global aviation, airports designed around the ever-changing needs of passengers will continually gain the edge over their competitors.

Future-proofing aviation: How to navigate change in turbulent times

For the past two decades, the aviation industry has weathered crisis after crisis, from terrorist attacks to major pandemics to the deepest worldwide depression in more than 80 years. Thankfully, aviation professionals have not only risen to meet these challenges, they have managed to make significant strides along the way — leveraging advances in technology to make airplanes quieter and more fuel efficient and improve airport design and functionality.

Airport operators are charged with the task of moving masses of passengers, goods and aircraft as efficiently as possible. They must do this while maintaining a profitable business, running operational improvement efforts and maintaining sustainable business models.