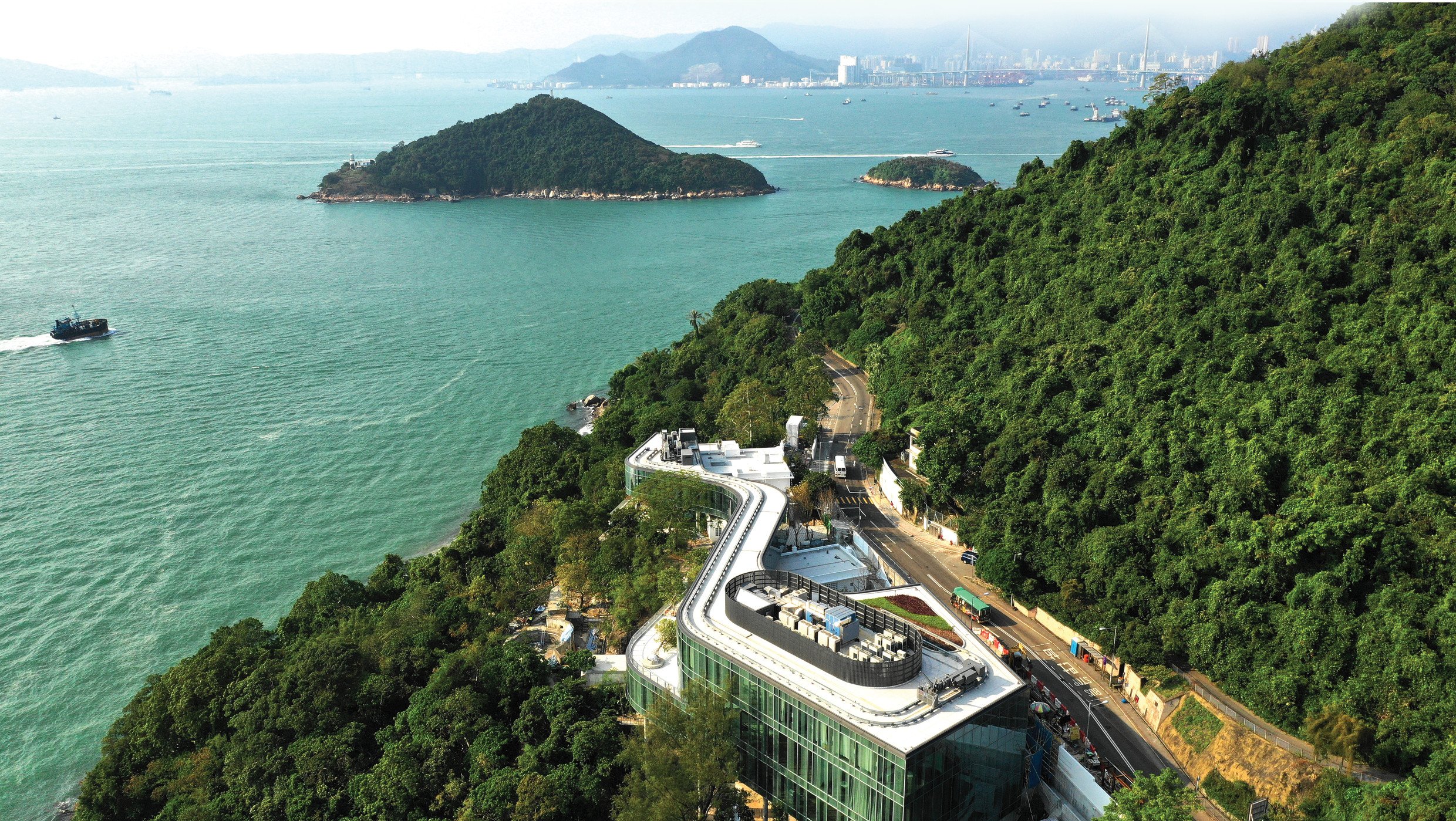 A modern academic complex weaving along a heritage-protected hillside site

Officially named as The Hong Kong Jockey Club University of Chicago Academic Complex | The University of Chicago Francis and Rose Yuen Campus in Hong Kong, Arup worked closely with Revery Architecture (formerly Bing Thom Architects) to realise the home to the University’s faculty, graduate students and undergraduates working and studying in Hong Kong through a range of engineering services including civil, geotechnical, structural, acoustic, audio-visual, fire safety strategy, building services and sustainability. Situated at a historic site at Mount Davis, the campus combines modern functionality with preservation of and respect for the site’s history, featuring adaptive reuse of the existing heritage buildings. 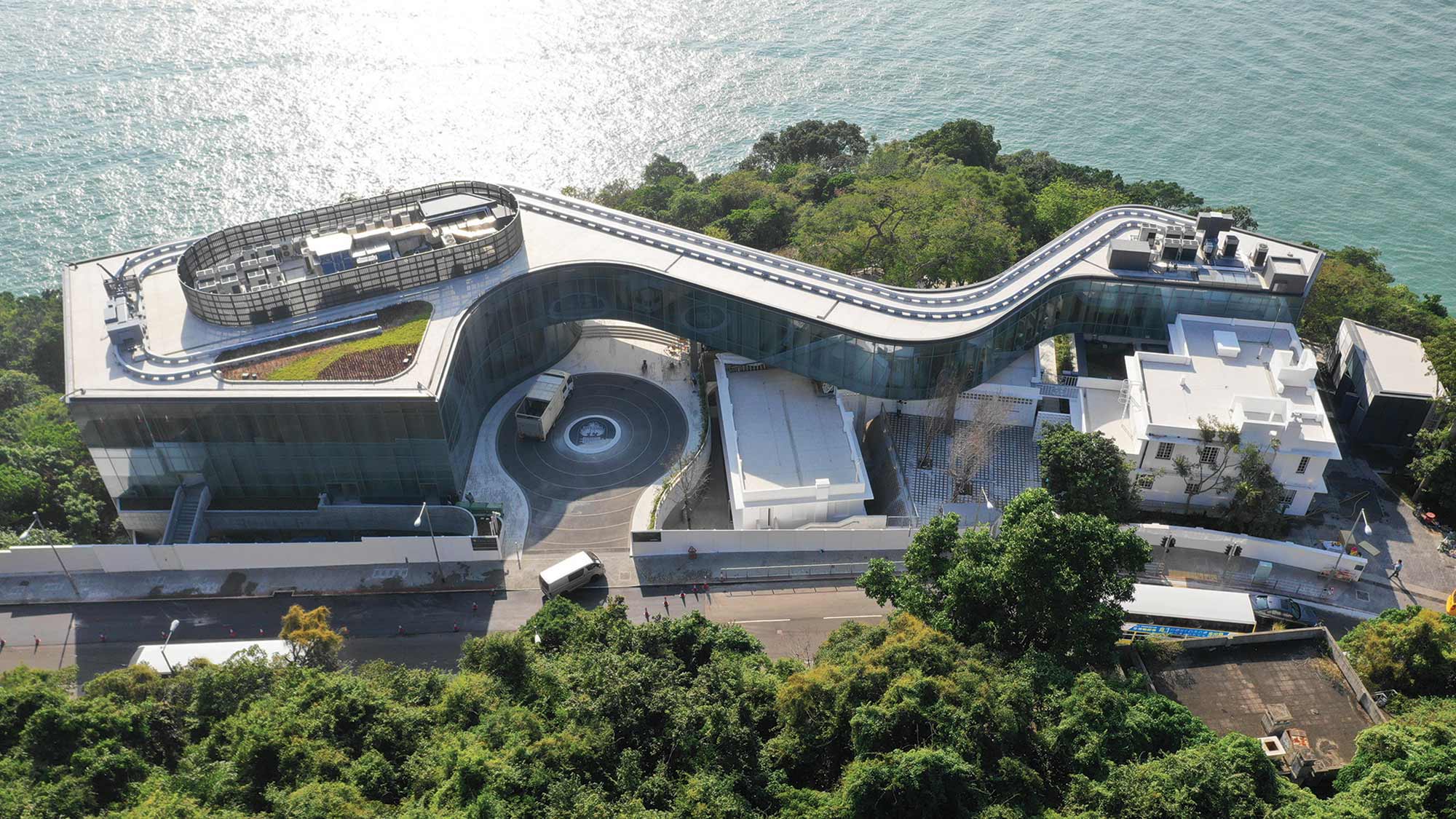 Rich heritage of a military bridgehead

The site was part of a military complex built by the British Army in the 1930s to defend the western side of Victoria Harbour, and turned into a detention centre of the Hong Kong Police Force after World War II. After the handover in 1997, the site served as accommodation for police officers until the start of this project.

The original site consisted of four blocks – A, B, C and Block B Annex – sprawling across the coastal slope. Block A was a 2-storey reinforced concrete building for accommodation. Both Block B and C were 2-storey reinforced concrete buildings which served as detention blocks. Lastly, one gun battery with supporting amenity blocks (e.g. magazine, kitchen, vaults) were constructed close to the coastline.

Converging the past and the future

Extensive alteration and addition works were carried out to convert Blocks A & B into functional buildings for the business school and exhibition. Block C and the kitchen buildings were demolished but the outline ruins were retained for exhibition purposes while the magazine block was left intact for display.

Meanwhile, a new 3-storey academic building was built as the main building for Booth Business School. It features a curved ribbon profile spanning about 100m from the north to the south of the site, seamlessly interlocking with the heritage buildings. The south part of the building floats above the mountain slope with slender columns up to 17m tall and connected by a 22m link bridge to the north part which rests at street level. 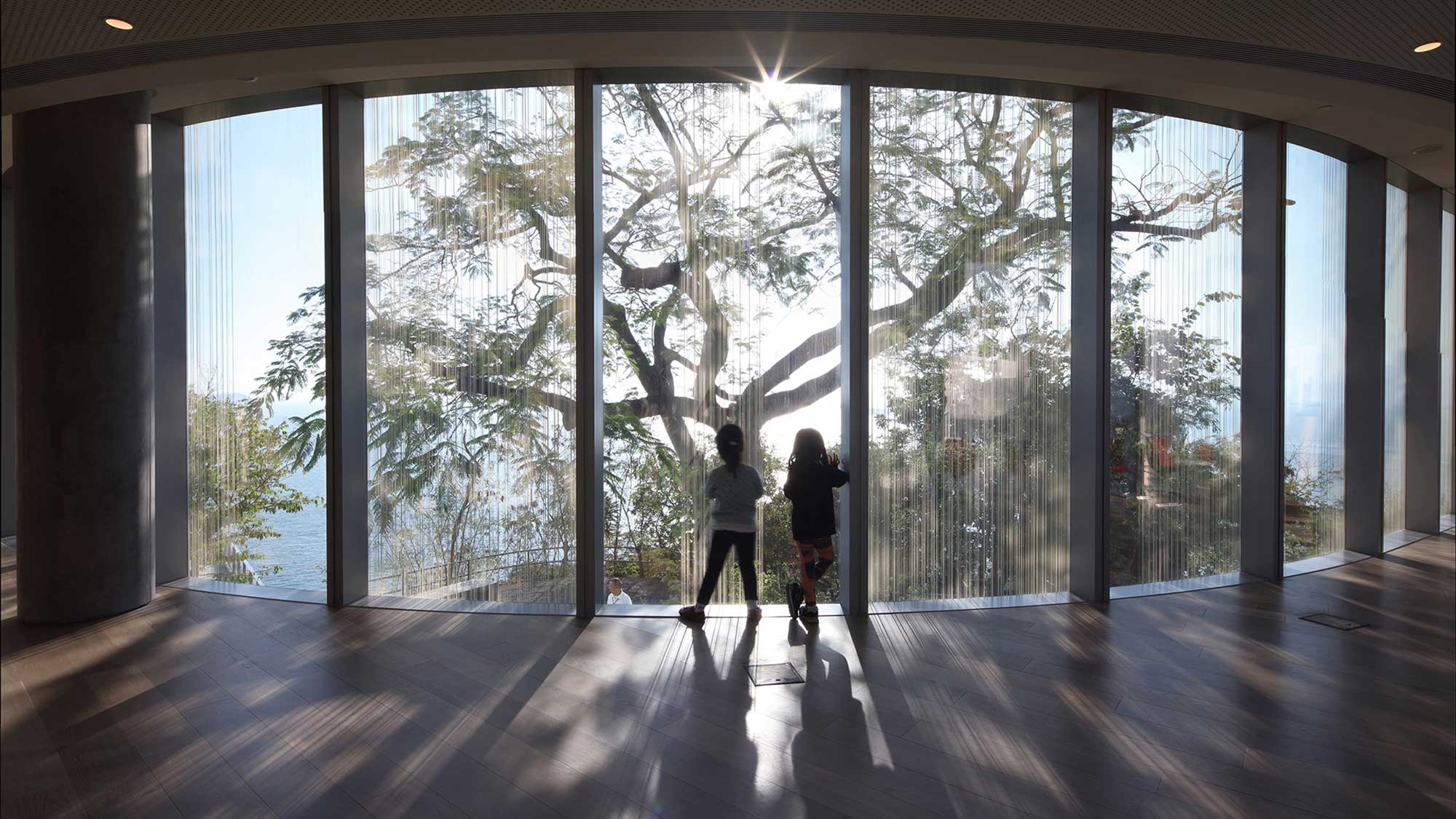 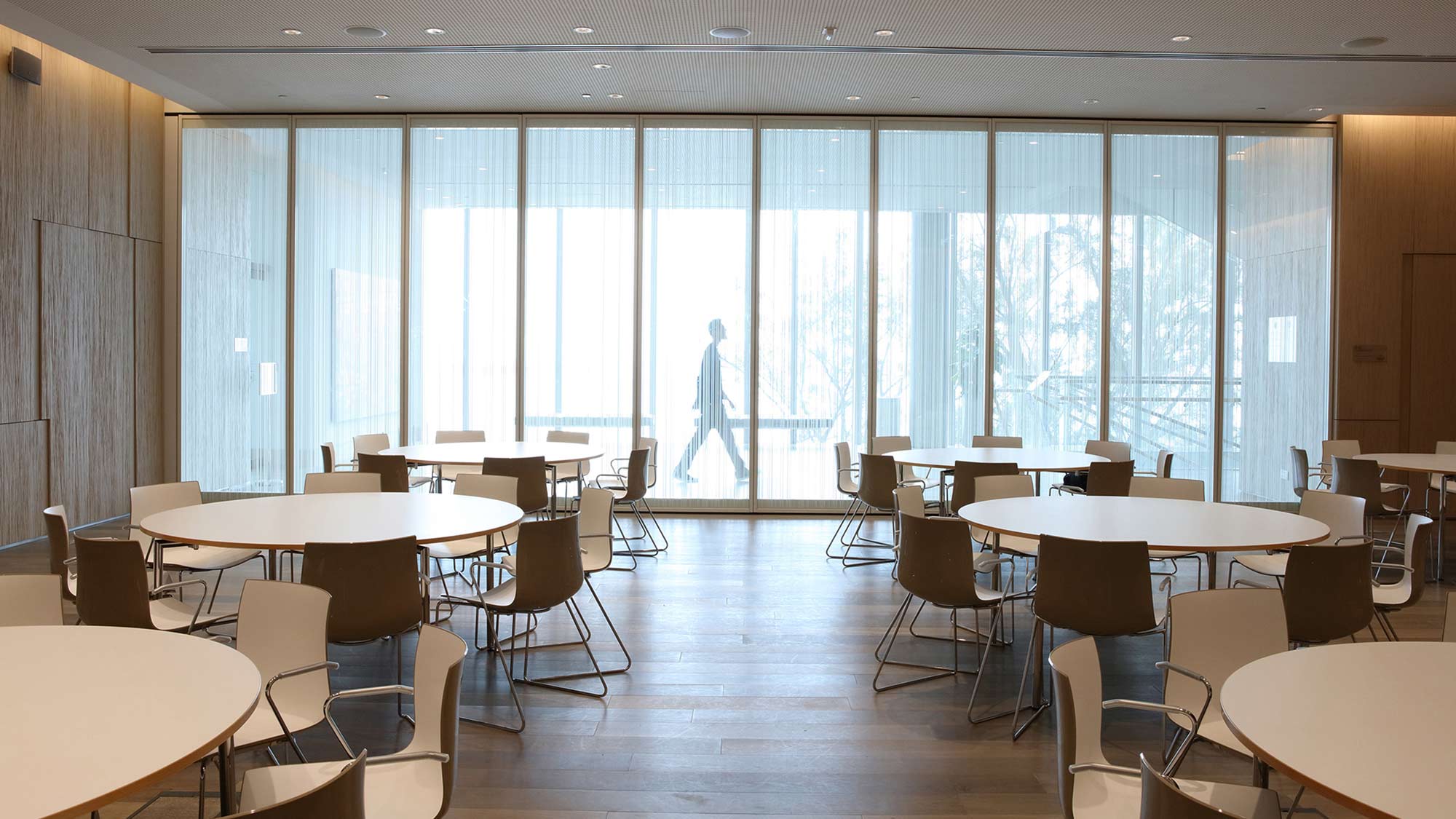 Block A underwent extensive demolition and recasting to reinstate the original design while meeting modern structural integrity standards. Key historic elements were retained including two roof turrets, a masonry fireplace and an internal staircase. The floor slab under the fireplace was strengthened by carefully recasting the lower half of the slab from 150mm thick to 180mm thick through new rebar fixings and well-controlled concreting works.

In Block B, cells were removed before site possession but their outlines were left on the floors and ceiling. We developed transparent anti-carbonation coatings to protect the slabs with cell marks against further carbonation. Some original concrete beams were recast as encased composite beams to preserve its character and structure. 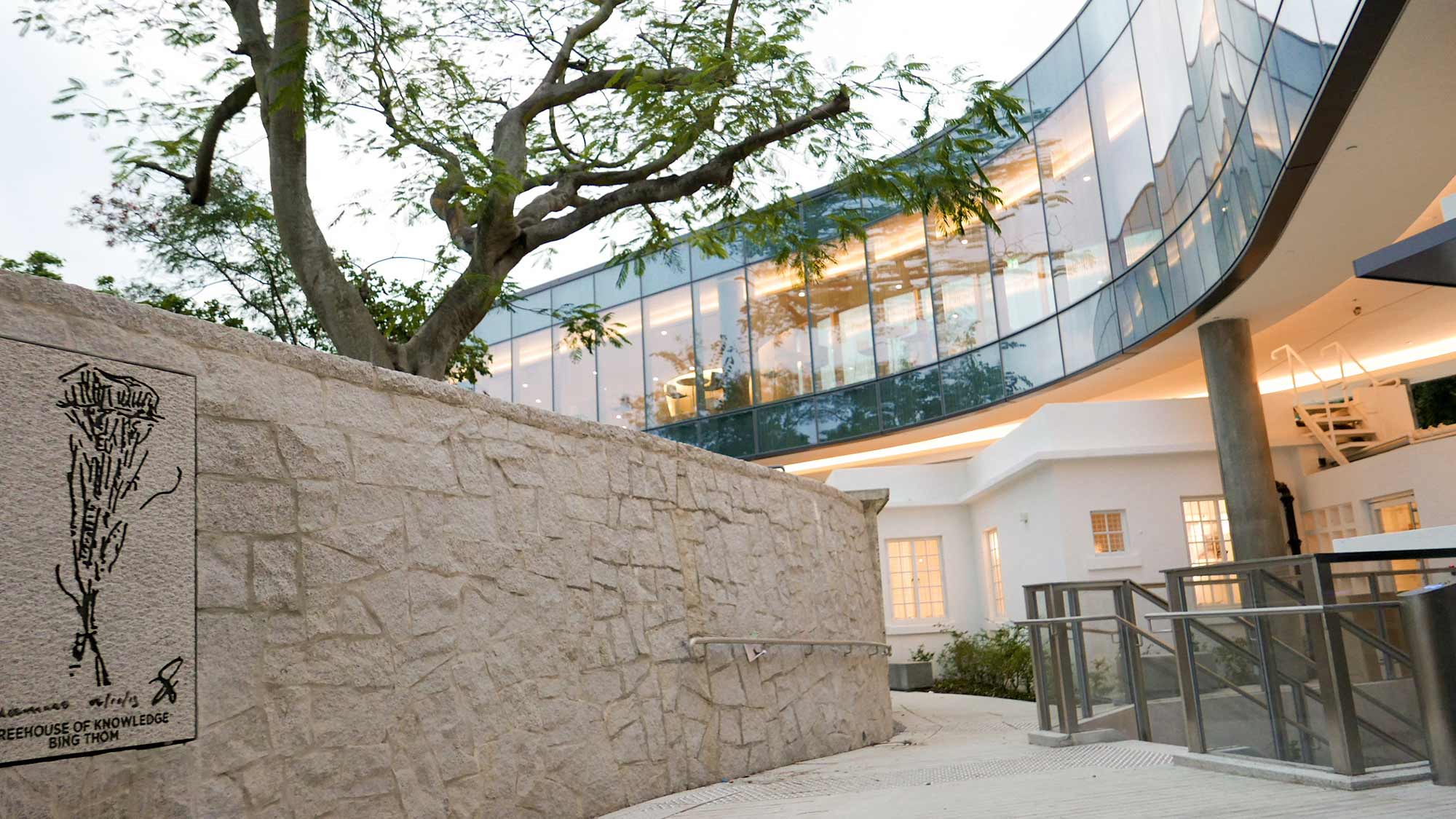 Forming the ‘Treehouse of knowledge’

The new academic building is designed as a ‘Treehouse of knowledge’ – tall slender columns emulate tree trunks growing up from the slope underneath. It was constructed using steelwork and a localised concrete structure with the largest beam spanning up to 22m, with the south side supported by tall slender 600mm dia. columns towering as tall as 17m, and ranking mini-piles providing gravity resistance and lateral stability.

The slope beneath the south building was strengthened by cement stabilised soil with soil nails in selective slopes and masonry retaining walls. We also upgraded an uncharted retaining wall with a skin wall and a tie-back system. All these were carried out before our constructability review to ensure safety within the tight construction programme.

Together with other eco-friendly designs including water saving fixtures, the project targets Silver rating of BEAM Plus, the local green building assessment tool. It was also recognised with a Merit Award (Institutional category) at the FuturArc Green Leadership Award 2019. 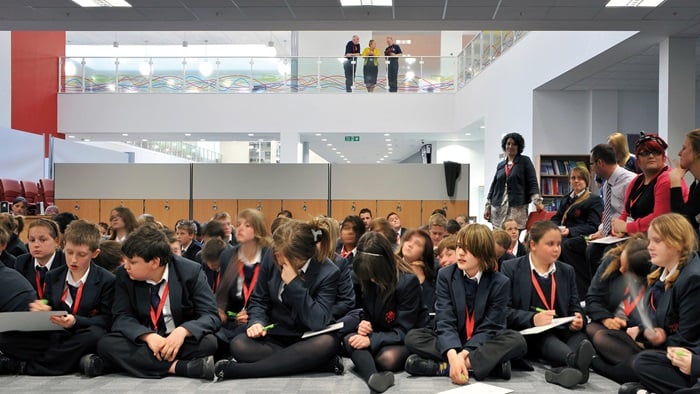 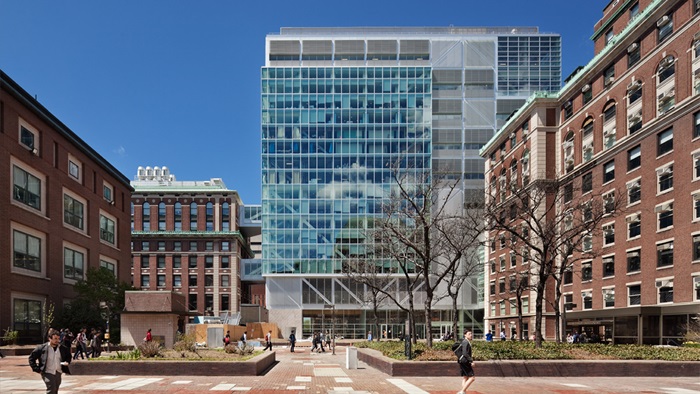