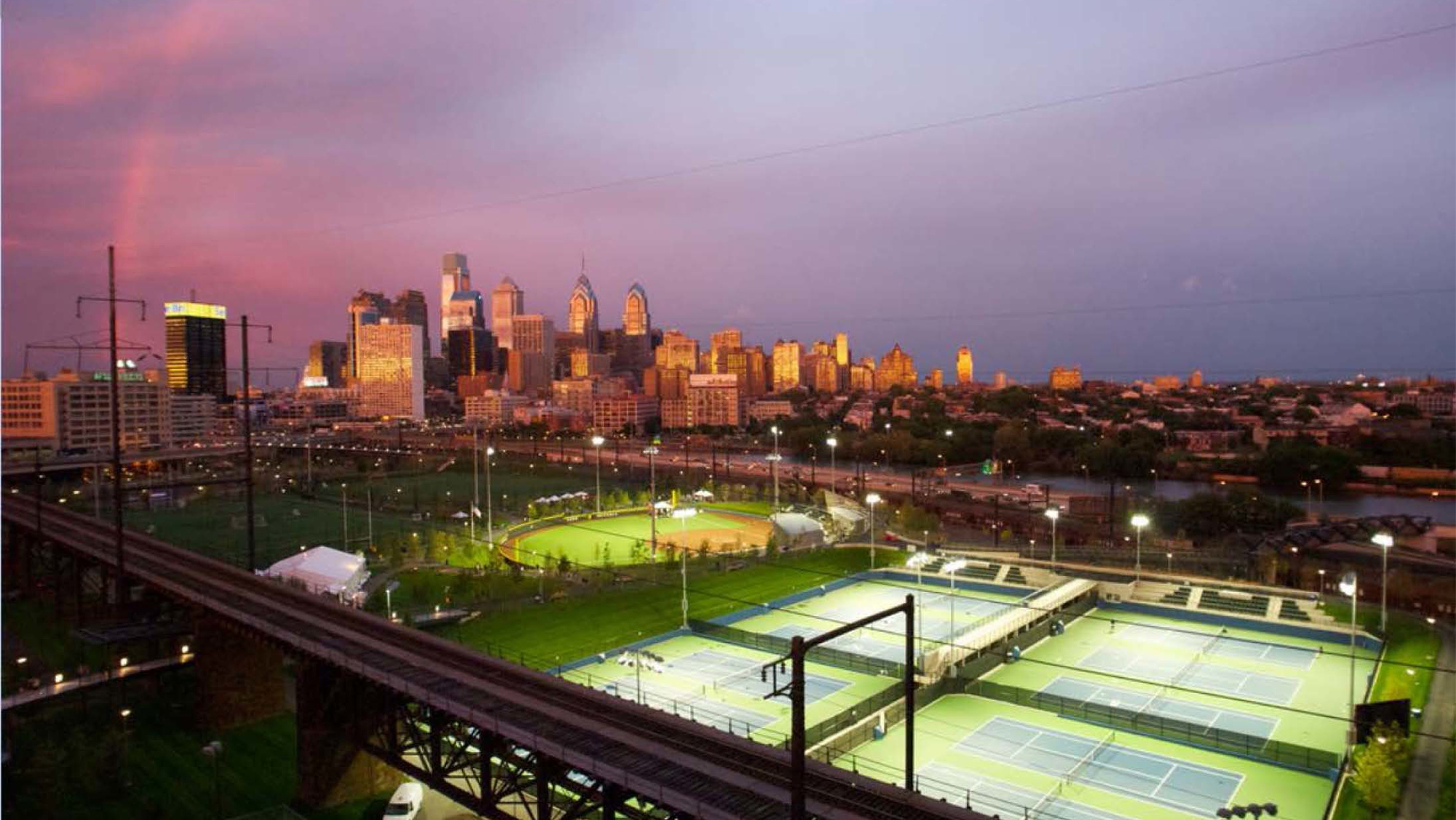 This park establishes new connections and gateways to the surrounding community.

Over the past 15 years, the University of Pennsylvania has become widely known as a leader in “town and gown” partnerships by working closely with the city of Philadelphia to spur the revitalisation of West Philadelphia, a historically depressed area. A major part of this push revolved around the development of Penn Park, which the University undertook to forge stronger connections between themselves and the surrounding community.

As recently as 2009, Penn Park was an underused 24-acre stretch, comprising barren land, dilapidated industrial buildings, and asphalt parking lots. Now it has been transformed into a vibrant urban park which embodies the University’s sustainable values and commitment to community. Arup provided multidisciplinary engineering services on the project, including civil, structural, mechanical, electrical, and plumbing engineering services, as well as sustainability consulting services.

One of the main priorities of the project was to encourage freer movement between the campus and the bordering community; a task complicated by the fact that the park sits 30ft below adjacent city streets and was cut off by a commuter train line to the west, and a freeway and high-speed rail corridor to the east. To improve accessibility, landscape architect Michael van Valkenburgh Associates, Inc. (MVVA) proposed the construction of three pedestrian bridges. Arup and MVVA spent several months refining the design of the bridges to ensure that they were cost-effective, reasonable to maintain, and did not overshadow the park’s key landscape features. The goal was to have the bridges meld into the landscape as natural extensions of the paths that led to them. The selection of the structural steel for the bridges draws contextual reference from the existing CSX rail line crossing the site and minimises the visual weight of the bridges against the landscape. To simplify construction, the bridges were shop-fabricated, shop-painted, and transported to site in 30ft-40ft segments.

Penn Park opened in September of 2011. The sprawling park now boasts a network of paths and bridges to facilitate easy movement between the campus and the city, a variety of public gathering spaces, a softball stadium, and one of the finest tennis centres in the US. Not only does the park ease the burden on the city’s infrastructure and enhance sustainability, it also demonstrates the potential for further development along Philadelphia’s riverfront. 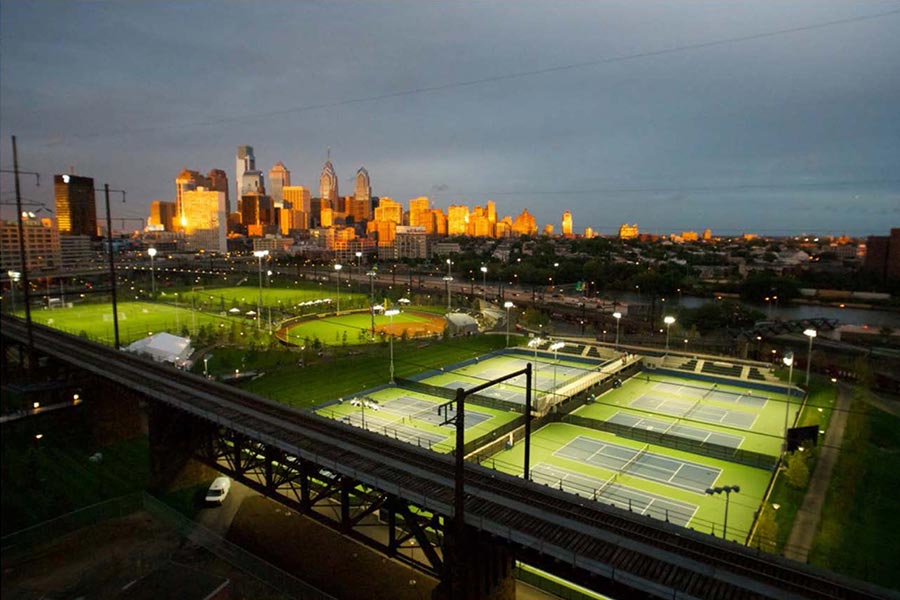 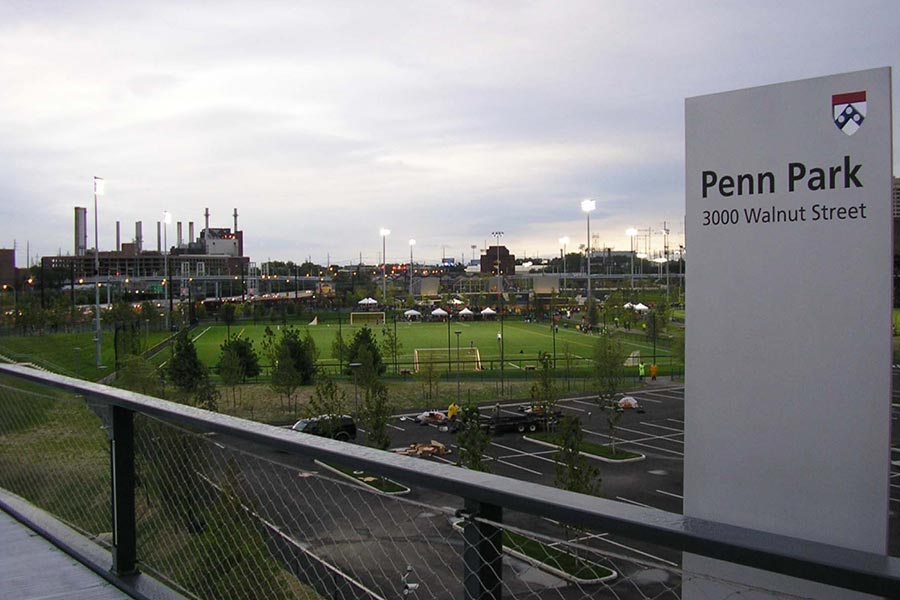 1 of 2
At Penn Park, formal and informal play fields are framed and divided by canopy trees, lawns, and meadows.

The team encountered a number of unanticipated challenges throughout construction that were dealt with expeditiously thanks to Arup’s efforts. For instance, a design change to the landscaped landforms support system moved site utilities construction up by about six months. This significantly cut into the time allocated to obtain construction permits. To meet the new schedule, we worked with the Philadelphia Water Department (PWD) to help it develop its own stormwater model to test our design. This allowed us to gain the PWD’s trust, which proved invaluable to the project schedule once construction began.

The fact that large sections of the park were going to be surfaced with artificial turf and landscaped landforms significantly limited the space available for stormwater attenuation systems. These issues were resolved by maximising the use of available space between the two athletic fields by installing a 300,000 gallon subsurface storage system. This significantly reduced additional stormwater attenuation around the site, saving Penn money by cutting the excavation and materials needed for stormwater storage.

Arup is honoured to have played a role in turning a blighted section of Philadelphia into an amenity. Penn Park helps the University draw potential students, eases burdens on the city’s infrastructure, and demonstrates the potential for more redevelopment along Philadelphia’s riverfront. 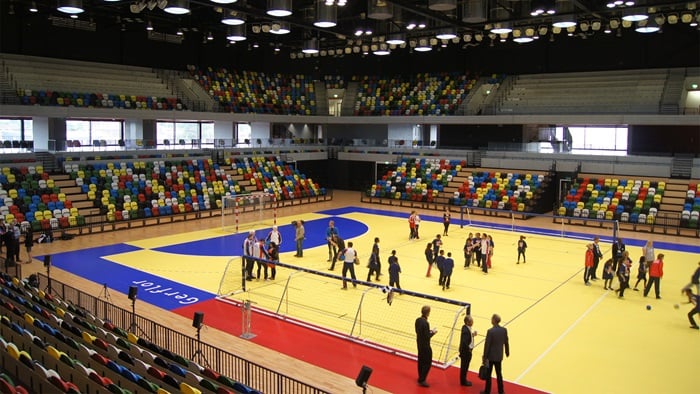 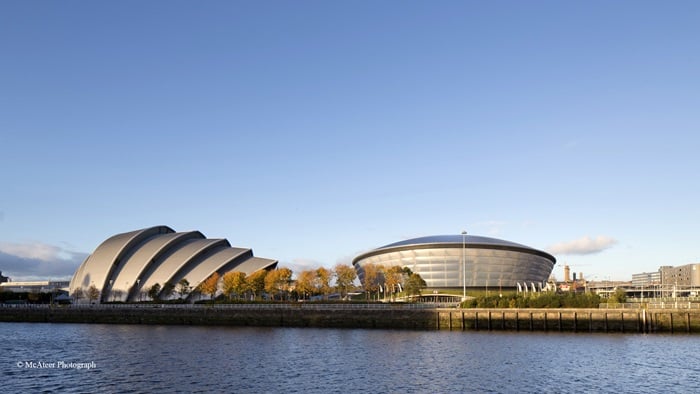 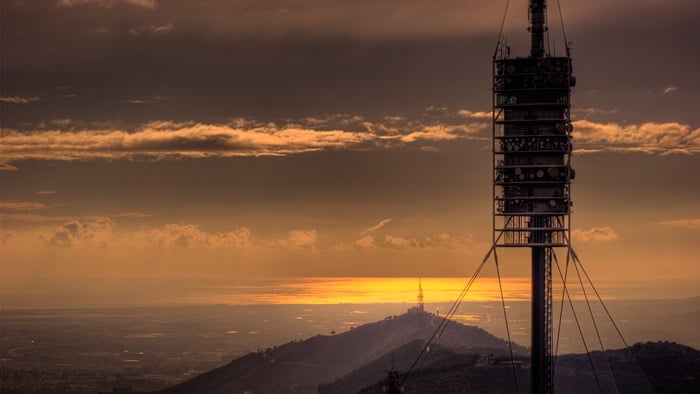