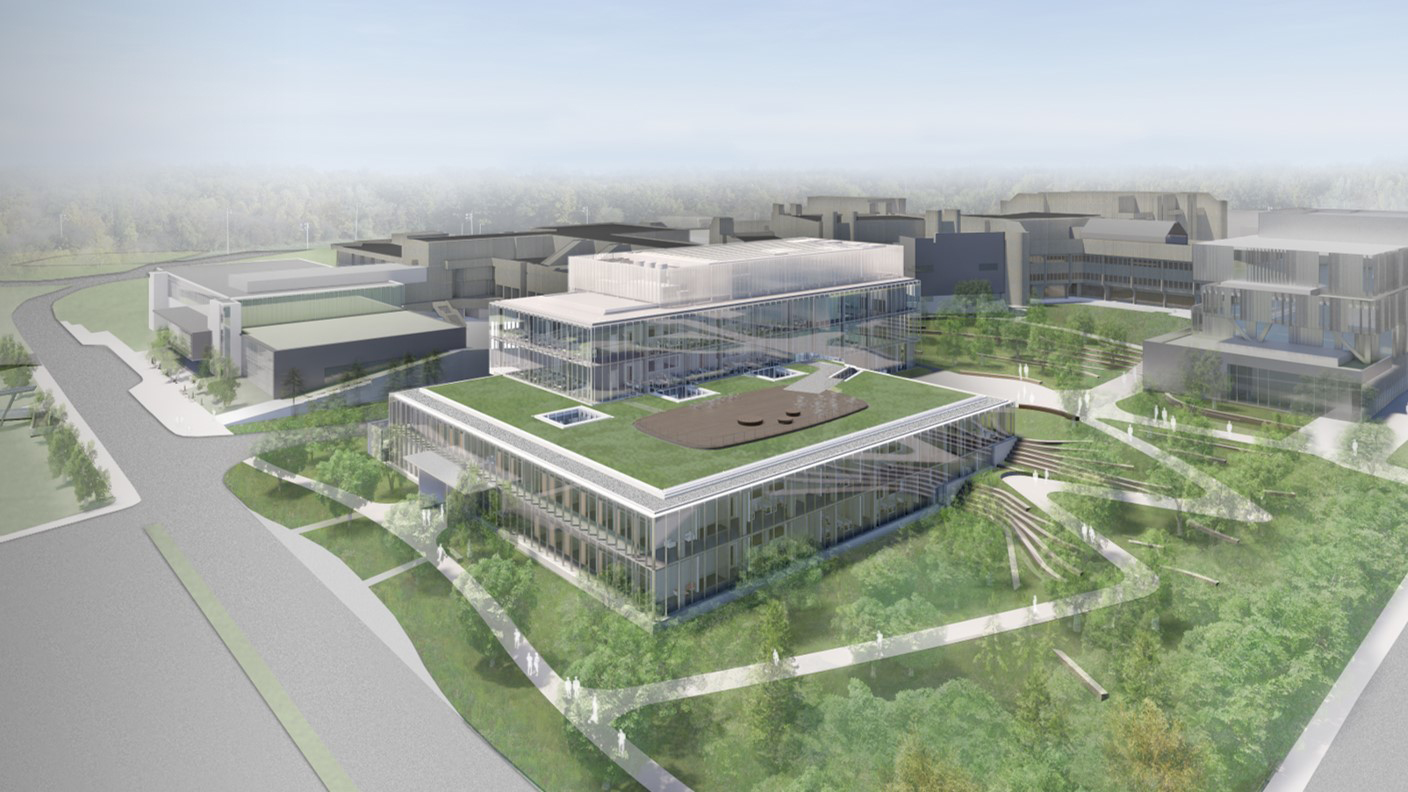 University of Toronto-Mississauga Centre for Medicinal Chemistry, Toronto, ON

Arup is partnering with the University of Toronto (UTM) and KieranTimberlake Architects to design a highly sustainable flagship science building for the Mississauga Campus exemplifying the best in 21st century laboratory design. UTM’s Centre for Medicinal Chemistry (CMC) is an intradisciplinary research and teaching facility intended to foster cross-disciplinary collaboration and innovation, particularly in the realm of cancer research. Designed to support disciplines spanning chemistry, biology, psychology, and computer science, the 15,552m² (170,000ft2) facility includes a variety of lab spaces including a heavy wet chemistry laboratory.

As a leading public research institution, UTM needed a next generation science hub that illustrated its strong commitment to advancing sustainability. To help them achieve this goal, the university enlisted Arup – a recognized leader in sustainable laboratory design – to provide a range of services, including LEED and sustainability planning, and structural, mechanical, electrical and plumbing engineering.

Working closely with the client and architect, Arup’s multidisciplinary team developed a holistic sustainability scheme that leverages an array of state-of-the-art solutions to make CMC one most the most high-performance lab buildings in North America. Slated for completion in 2024, the Centre for Medicinal Chemistry will set a new gold standard in energy performance for Canadian laboratory buildings. 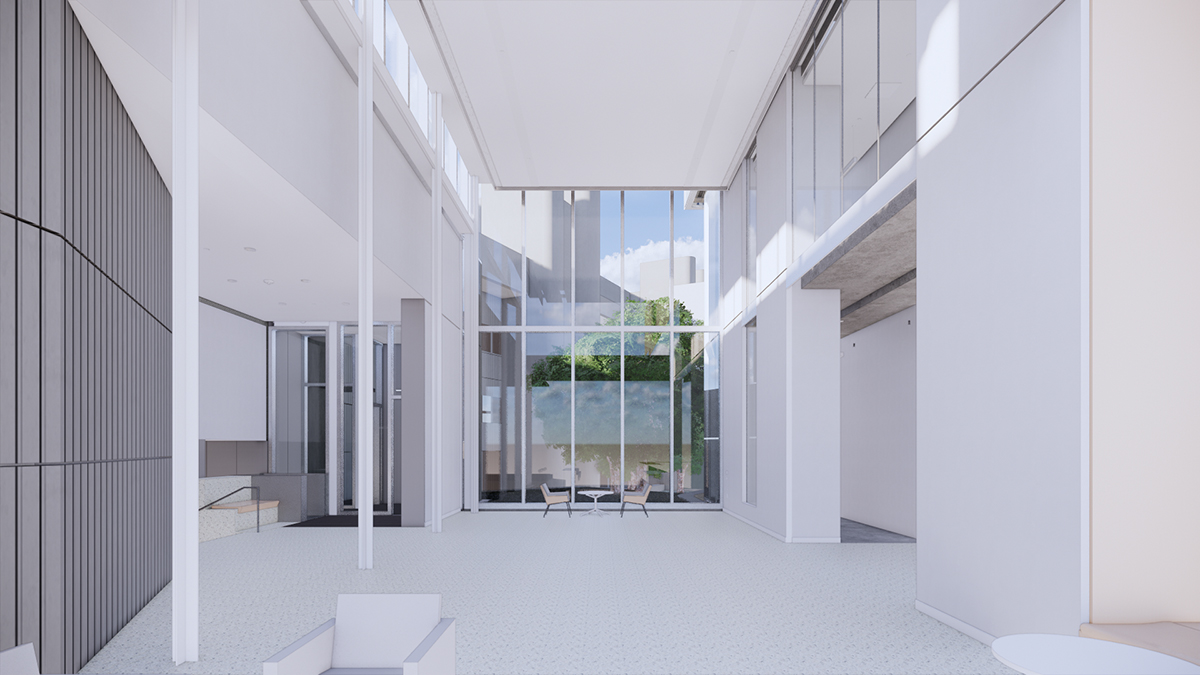 UTM’s goal was to build a world-class science hub for the Mississauga Campus that helped to advance the University’s Grow Smart and Grow Green initiatives. With this in mind, the client set a minimum goal of 20% over the American Society of Heating, Refrigerating and Air-Conditioning Engineers (ASHRAE)’s standards for the project and a desired goal of 40%.

The prevailing wisdom was that achieving anything above 40% over the minimum standards would be cost prohibitive or require technologies incompatible with Canadian climate conditions. However, Arup was able to demonstrate that UTM could use a combination of innovative approaches not widely seen in Canada to successfully achieve a full 70% over ASHRAE’s requirements without significantly impacting the project budget.

Sustainable solutions for a harsh climate

Canada experiences dramatic seasonal temperature swings that make it challenging to successfully deploy some of the most effective energy saving technologies available today, such as chilled beams. Arup has substantial experience integrating chilled beams under comparable conditions and assessed that they would bring real benefit to this project if implemented correctly. To counter the client’s concerns about their effectiveness, Arup called on colleagues from around the world to explain in detail how chilled beams could be effectively incorporated into the new science building, eventually winning UTM’s approval to use them and netting a significant energy savings.

Geothermal fields are typically installed in outdoor environments, like a soccer field. However, the CMC site, which is bordered on several sides by a wetland, a forest, and a road, had little available outdoor space. The Arup team recommended that a geothermal field be installed under the building itself—a relatively novel approach in Canada. They enlisted the aid of Brian Beatty, one of the country’s foremost geothermal experts and a subconsultant to Arup’s CMC team, to prove to the client that the proposed solution was technically sound.

Convinced of the solution’s potential benefits, the client was not sure it could be built within budget. A previous UTM study had estimated the costs of implementing geothermal technology on campus to be around $10m. Arup prepared an internal cost estimate that put the price tag at between $1.5 and $2m—a figure that the University then verified using an independent cost estimator. UTM’s decision to move forward with the geothermal solution, which covers roughly 70% of the building’s energy load, was the key to achieving CMC’s outstanding energy performance.

The high energy consumption of standard laboratory buildings is driven primarily by their high ventilation requirements. To maximize the sustainability of the Centre for Medicinal Chemistry, Arup’s MEP specialists worked closely with the UTM user group to ensure that ventilation systems (fans, hoods, fume containment, etc.) were kept as energy efficient as possible. 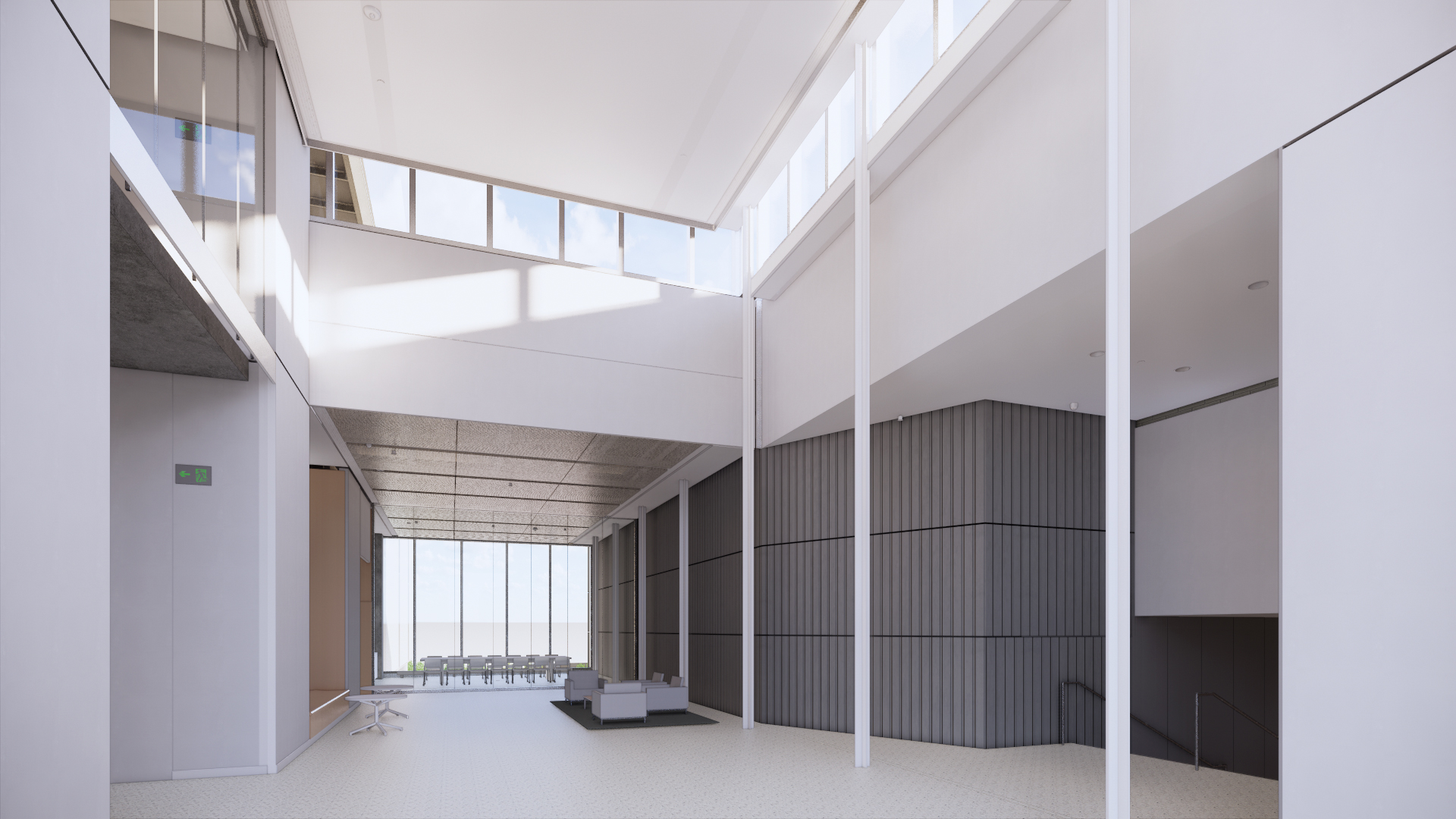 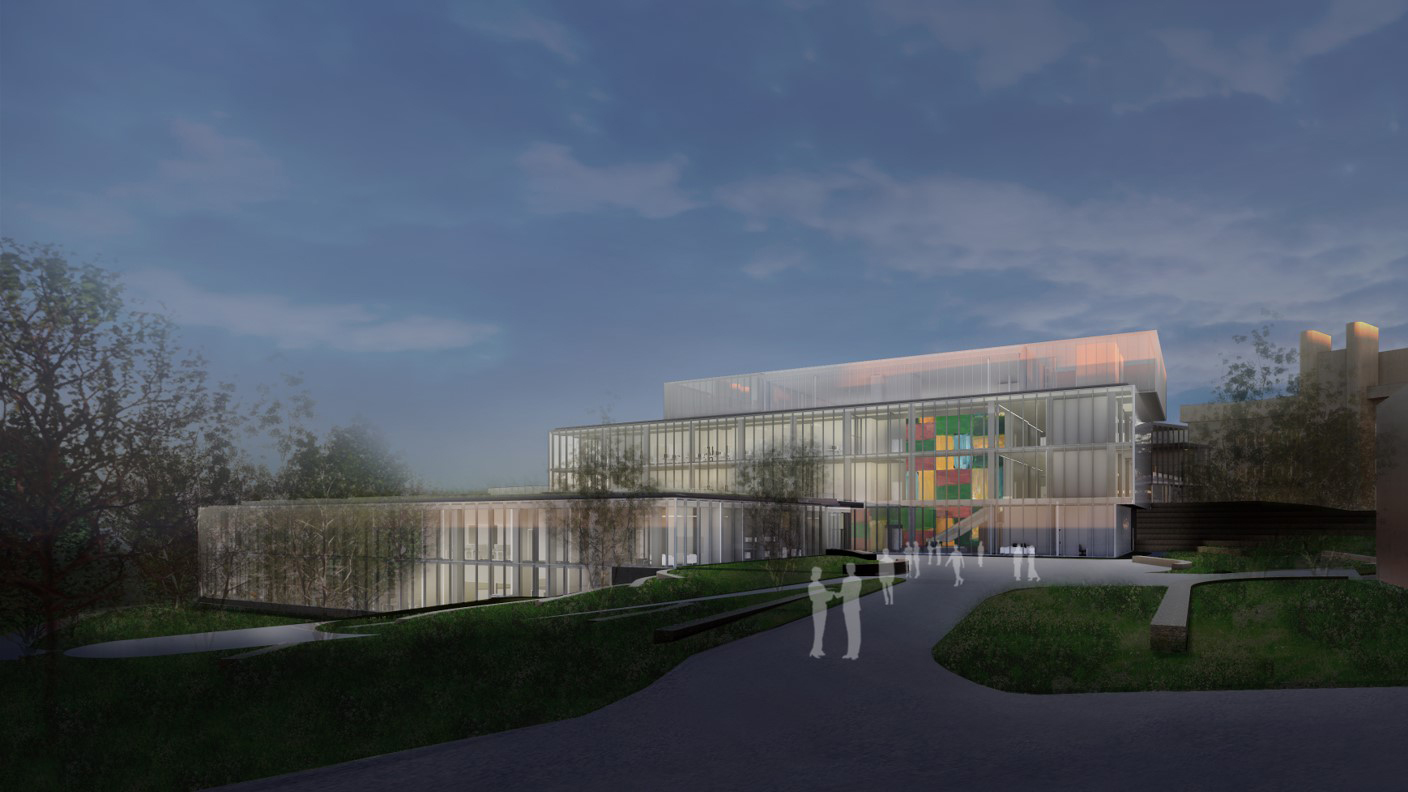 1 of 2
As a leading public research institution, UTM needed a next generation science hub that illustrated its strong commitment to advancing sustainability.

The team was able to identify a series of cost-effective energy conservation measures (ECM) that lowered the building’s energy consumption by up to 65% and reduced equivalent greenhouse gas emissions by up to 89%. These ECMs include:

Arup is also providing civil design, transportation planning services and a traffic flow study for the project. The team’s scope includes facilitating discussions between architectural, civil and landscape design teams to ensure the parking, loading and servicing elements of the building are effective, efficient, and safe. 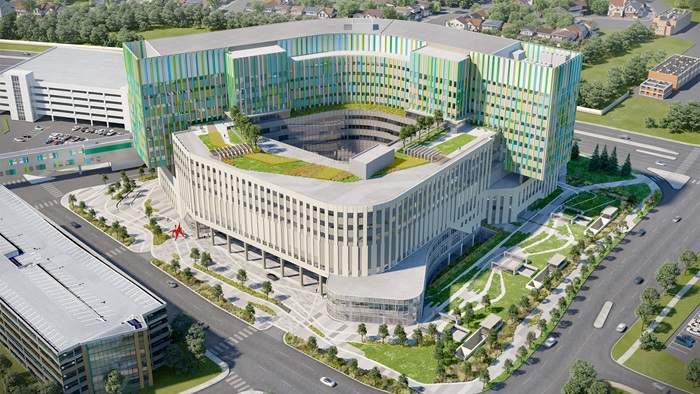 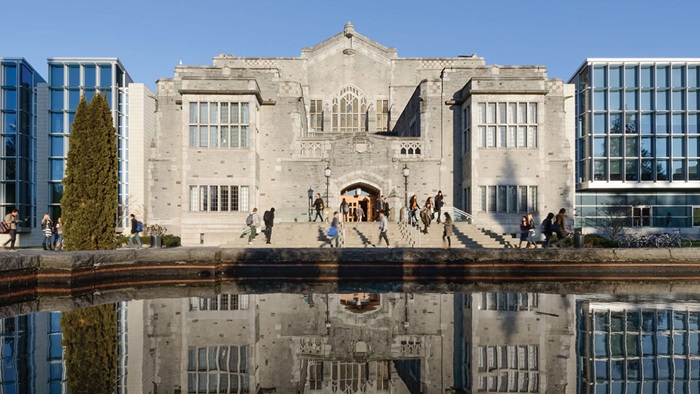 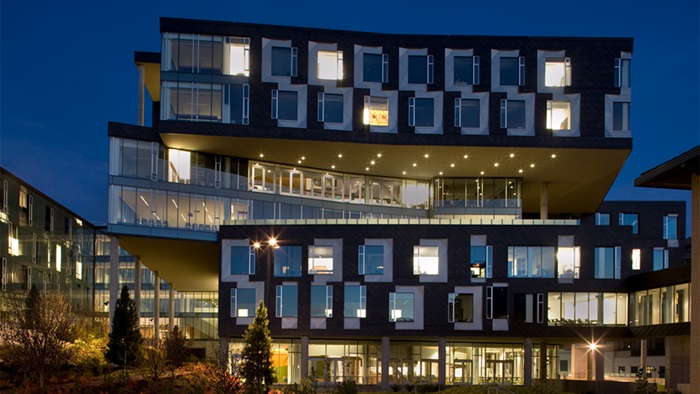