The positive and balancing role played by trees, plants and green space in cities is well understood, but building design could play a more active part in terms of acoustic performance, air pollution and the urban heat island effect. I believe that by greening the external ‘envelopes’ of a city’s buildings there is a great opportunity to offset the Urban Heat Island (UHI) effect that’s driving up urban temperatures.

This effect is a result of cities’ combination of heat-retaining structures, dense population, waste heat from building operations, and other human factors. These raised temperatures in turn encourage their populations to use more energy to artificially lower the temperature or improve ventilation in their area – outcomes that are neither desirable nor sustainable.

Green building envelopes could offset these unwanted gains. The building envelope refers to its roof, façade and any other areas that connect the inside to the outside, usually representing 20-25% of a building’s total external area. Even in the height of summer, interventions like vegetated roofs can help bring down the temperature to ambient levels, whereas a conventional roof can be up to 50 degrees higher.

Green envelopes can be retroactively applied to buildings’ exteriors too, making them an economically viable adaptation that can transform the urban built environment’s long-term performance. The opportunities take many forms, from living walls that shield sunlight and noise as they lower the temperature, to roof gardens that replace lost urban squares.

Managing an effect as complex and dynamic as urban climate requires a context-sensitive approach and rigorous planning. Research needs to focus at both the city-wide and neighbourhood scales. Research conducted in 2007 showed that if Greater Manchester increased its green infrastructure by 10% (in areas with limited or no green cover) the city would reduce its average temperature by up to 2.5 degrees centigrade, greatly offsetting the UHI effect.

Some densely developed cities like Singapore are already leading the way. Their Sustainable Growth Strategy has set a target of 0.8ha of green space per 1,000 persons, aiming to increase greenery in high-rise buildings to 50ha by 2030. Reducing the UHI effect is the goal, closely followed by improvements to air quality, noise reduction, storm water attenuation and increased urban biodiversity.

Any kind of city can benefit from this commitment to finding green potential from within its structures and layout, from the wide lanes of a city like Los Angeles to the narrow streets and squares of an ancient Asian capital. By rethinking and greening the exteriors of our buildings we can build cities that are more resilient, enjoyable and suitable for their growing populations.

Cities Alive: Green Building Envelope explores the application of green infrastructure to the surfaces of both new and existing inner-city buildings in five major global cities.

Well planned, designed and managed landscape in cities can save our health service billions - the evidence from recent global research is overwhelming. 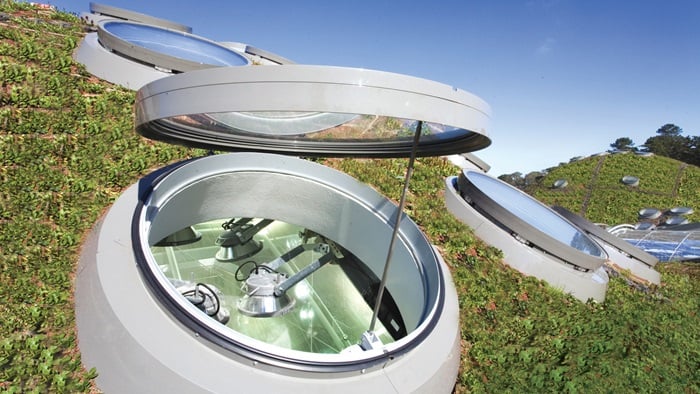