Talk to Will Arnold about this perspective 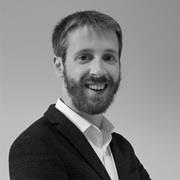 Talk to Will Arnold about this perspective

Reducing carbon emissions is a global priority, but how much difference can one individual really make? We’re told that flying is bad, and we’re encouraged to take our own cups to the coffee shop, but how does that compare to the decisions we make at work as designers, developers, and collaborators? What does it mean for the floor-to-floor height, the floorplan layout, or the decision to reuse an existing basement? There are questions for every aspect of our work.

These are no longer abstract considerations: climate change is a clear existential threat to all of us. Our industry is still responsible for 40% of global carbon emissions, and a significant proportion of this is the so-called ‘embodied carbon’ - by which we mean the carbon emissions associated with creating our buildings and infrastructure in the first place. I want to convince you that, as someone who works in the built environment, the impact you can have on your carbon footprint is orders of magnitude bigger at work than it is in your personal life.

1. Understand the scale of your responsibilites

First we need to recognise the scale of the problem. Let’s look at a few statistics. Skipping a one-way flight London-NYC saves 1 tonne of carbon. Going vegan for a year saves 2 tonnes. And ditching the family car in favour of walking and cycling saves 3 tonnes. In total each year, the average UK citizen is responsible for around 10 tonnes of carbon emissions.

By comparison, a typical large office building will have an embodied carbon footprint of around 10,000 tonnes, due to the emissions created through its construction. Even if that building harvests rainwater, is naturally ventilated and uses minimal energy, the embodied carbon stays pretty much the same. So a decision that reduces the embodied carbon of your building by just 1% will save 100 tonnes of carbon. 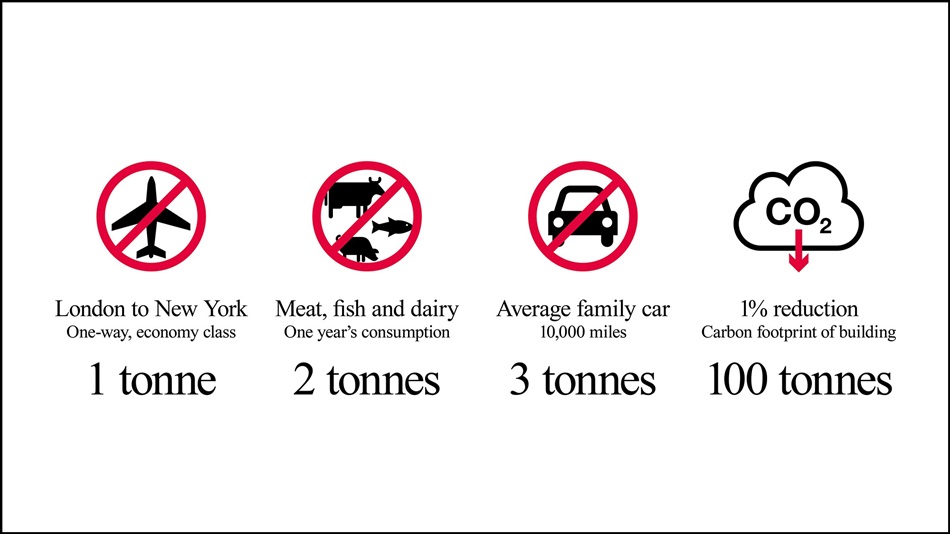 Step 2: Locate the hidden carbon emissions, and commit to avoiding them

As a structural engineer, I am compelled to confess to you that it’s mostly our fault. Or put more positively, the biggest potential savings are within our control. Typically, around two thirds of a building’s embodied carbon is in the structure. From those 10,000 tonnes I just mentioned, around 6,500 tonnes of carbon are embodied in the foundations, columns, beams and slabs.

What can you do about it? Well as an example, if you agree to columns that are closer together, limit the number of storeys, and allow the engineer to spend more time optimising the structure, you might halve it. That’s a saving of 3000 tonnes of embodied carbon… twenty lifetimes of veganism!

Bigger still are the savings you can make through re-use. Remember that embodied carbon is the carbon associated with making something. If you can manage to avoid constructing a new structure altogether, you just saved 6,500 tonnes of carbon! And even on a small building (say a block of ten apartments), if you can reuse the foundations of whatever used to be on the same site, you could save in the order of 100 tons of carbon. That’s the yearly emissions of you plus nine friends of your choosing.

This is why reuse and circular economy thinking areso important, and this is why we support movements such as #retrofirst

There are counter-arguments to doing all of those things of course (future flexibility concerns being the most common) but we must make such arguments very carefully. Because no matter how confident we are in our predictions about future uses of a building, we can be even more certain about the present-day carbon emissions of our decisions. Our future resilience demands that we are creative and ambitious now.

We saved 40,000 tonnes of carbon at 1 Triton Square by prioritising reuse and refurbishment over demolition and new construction.

Step 3: Understand that it’s all about timing

For a new building designed today, embodied carbon will contribute somewhere between 30% and 50% of the estimated whole-life emissions of that building, with operational carbon (due to heating, lighting, ventilation, water etc) making up the rest. But it is embodied carbon that is being emitted today. Our atmosphere can only absorb so much more carbon before we reach the 1.5°C tipping point of global warming, and that ‘carbon budget’ is due to run out before 2030 if we don’t dramatically cut emissions starting now.

This is why embodied carbon is important, and this is why we must make dramatic changes to the way that buildings are designed and constructed now. The biggest potential for carbon reductions is at the start of a project. What will you do differently next time? 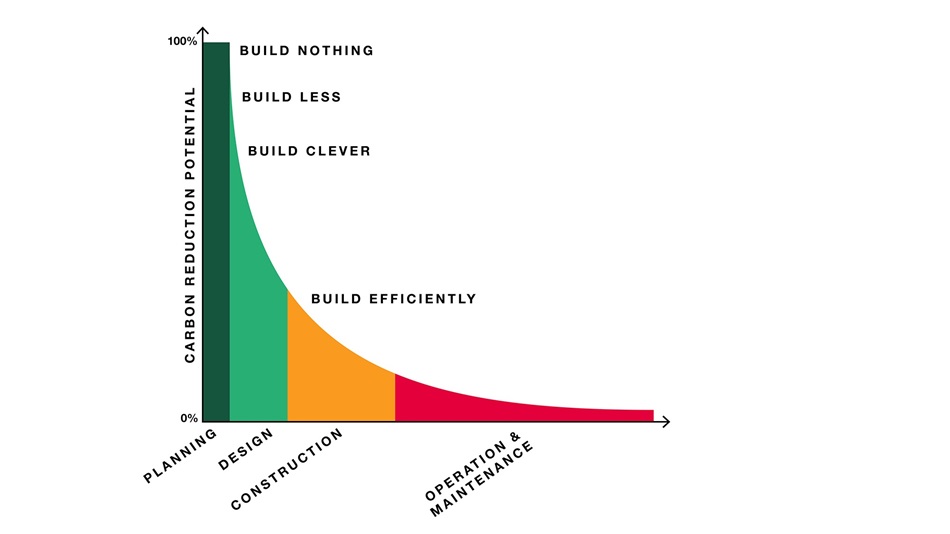 Together, we can change this

Global warming beyond 1.5°C will affect the future of our children and grandchildren. They will have to learn to live through yearly heatwaves and storms currently termed as ‘once-in-a-lifetime’ events, and they will witness millions of ‘climate refugees’ struggling to escape unliveable parts of the world. They could also miss out on the little pleasures in life such as taking their own children to play on the beach – with global sea level rise putting an end to that.

So remember: as built environment professionals, your greatest contribution is professional, not personal. I’m not saying that we shouldn’t also consider skipping flights or reducing our meat consumption. But we are in a unique position to make changes with hundreds of times more impact than that. And it is by finding ways to re-use more of our existing assets and embed carbon efficiency in our project briefs, that we will make the most substantial contribution to a sustainable future on Earth.