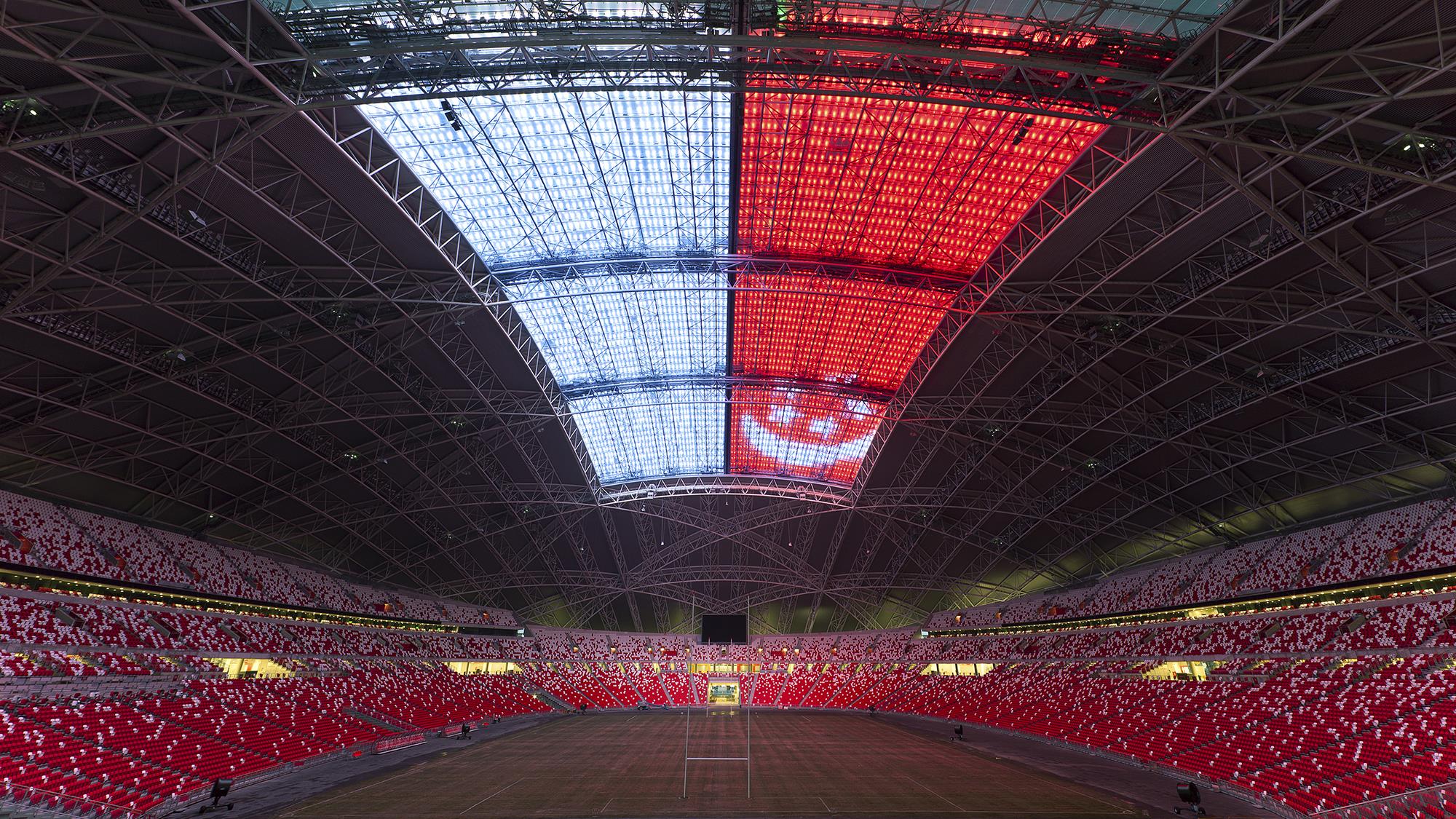 How do you design an iconic structure that can be admired from both inside and out?

A commitment to creating thrilling sports venues. One of the best industry records for master planning. The Singapore Sports Hub in Marina Bay put Arup’s tenacity in both of these areas to the test as we oversaw creation of a world-class 55,000 seat stadium with an ultra-thin movable roof that could cover or reveal the vast pitch, according to the weather. Here’s how we did it.

A successful example of Singapore’s long term planning, Marina Bay is a 360ha area that was reclaimed during the 70s and 80s in anticipation of the city’s expanding population. Arup had already worked on other projects within the greater Marina Bay Masterplan and in 2010 were enlisted to lead the architectural and engineering design of the Singapore Sports Hub.

The design ambition was to create a sustainable, fully-integrated sports, entertainment and lifestyle hub, accessible to all. Marina Bay was already home to a 6,000-seat capacity OCBC Aquatic Centre and a 41,000 m2 commercial retail space, so the team’s first focus was ensuring that the stadium fit seamlessly into its surroundings.

Spectators in the stadium sit in comfort

The comfort of spectators in the tropics was another early design challenge. We designed an ultra-thin dome roof structure with a moveable roof that extends over the pitch, which provides shade during events, plus an energy-efficient spectator cooling system that delivers fresh air to every seat in the stadium. An engineering feat, the roof’s design is retractable and open at one end for that all-important city view.

1 of 2
We designed a spectator cooling system that delivers fresh air to every seat in the stadium.

We designed the stadium as an elegant dome spanning 310m – that’s close to four A380 airplanes parked wing to wing. Not only is it wide, the super lightweight shell roof structure is also very efficient and uses minimum materials for construction”

Easy access to the centre was crucial to visitor satisfaction

The team included plenty of links to local pedestrian and cycle networks as well as a park system, and an island-wide riding and walking trail. An exercise circuit links into the 888 metre sports promenade on level 3 of the National Stadium, encouraging the public to enjoy the facility and take part in a full range of fitness activities. Buildings and key public spaces were orientated so they give a view over Central Singapore and its famous skyline.

A place for all Singaporeans to enjoy

We also wanted to make sure that the stadium entered into a dialogue with local residents. When the movable roof is down, the venue sends the cheers of its supporters out over the water to the city centre. The innovative moving tier design means the roof can be completely transformed in as little as 48 hours.

When the moveable roof is down, the venue send the cheers of its supporters out over the water.

The red and white seats celebrate the colours of the Singapore flag.

The stadium is the first in the world to combine football, rugby, athletics and cricket.

The ultra-thin shell roof structure has been constructed using the minimum materials.

The result is a technological marvel and design icon that fits seamlessly into its surroundings and beautifies the environment while providing a visual and auditory link to the city beyond. The wealth of amenities – which also include an arena park, skate park, jogging and cycling tracks, bowling lawn and beach volleyball court – help make Singapore one of the best appointed sports cities in the world. 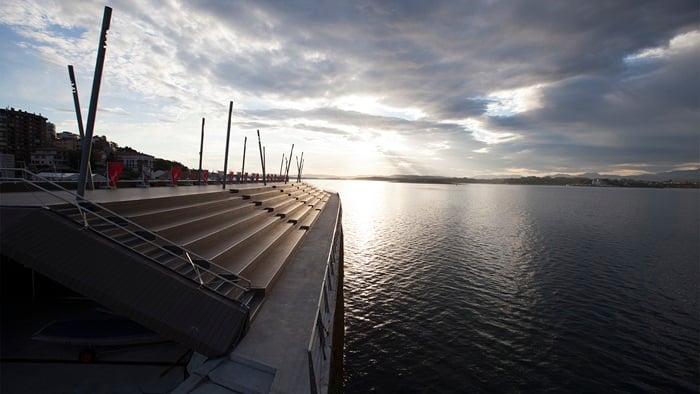