Arup is urging cities not to create hazards for people walking in their rush to install Electric Vehicle (EV) recharging points. At the Cycle City Active City conference in Manchester, the firm has unveiled a new solution for EV recharging points that don’t block city pavements. Its ‘ReCharge Parklet’ transforms a standard parking bay into an EV charging facility and micro-park.

With an estimated one million EVs on the road by 2020, UK cities need a six-fold increase in the number of EV charging points. However, adding even more obstructive street furniture to overcrowded pavements could discourage people from walking in cities. Physical inactivity is a major cause of disease and disability for adults in the UK and encouraging people to walk briskly, even only for ten minutes a day, has been recognised as an important way of improving the nation’s health.

The ‘ReCharge Parklet’ transforms a parking bay into a space that combines EV and e-Bike charging facilities with a micro-park known as a ‘parklet’. It can also provide mobile phone charging, Wi-Fi, seating, bicycle stand and pump, and urban greening. The concept is aimed at boosting levels of activity in cities by making them more attractive for walking and cycling and improving social interaction on a street. 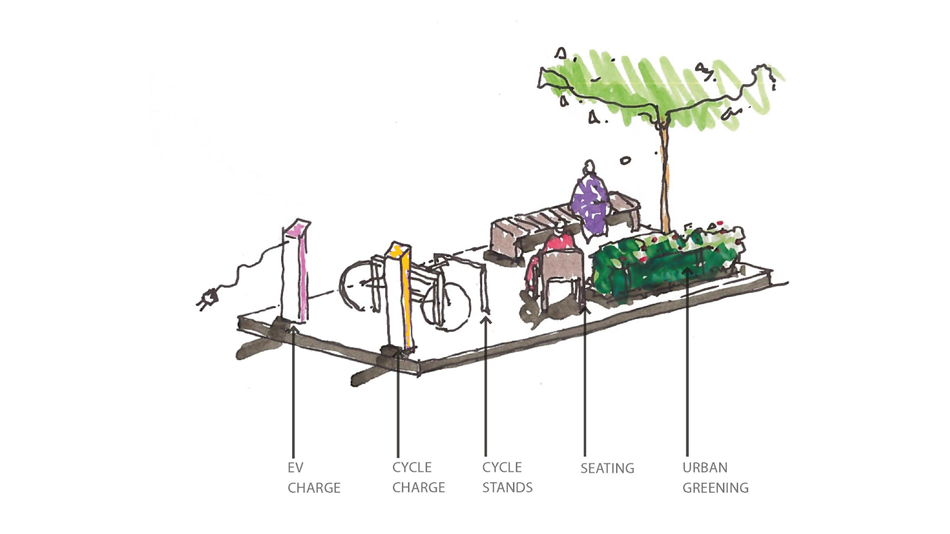 The team has tested Parklets in central London, transforming a loading bay on an urban road into a green space. Early indications have shown that such micro-parks could in fact increase the well-being of city dwellers and bring economic advantages to an area. The ‘Fitzpark’ trial showed that dwell time increased by 20 per cent and local business owners reported a positive impact on trade.

Cities are under pressure to install more charging points, but it shouldn’t be at the expense of access and safety for those walking. Tactical urbanism solutions such as these show planners and designers how they can re-engineer and de-clutter streets making them better equipped for everyone, resulting in healthier streets. ” 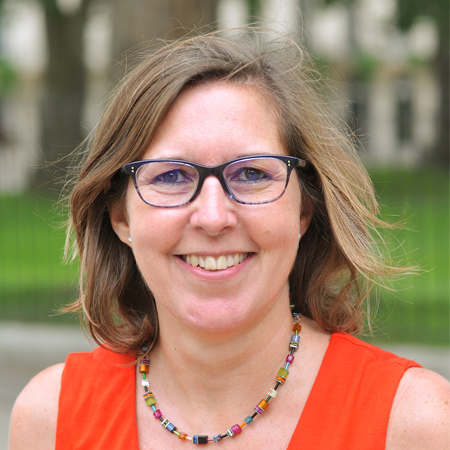 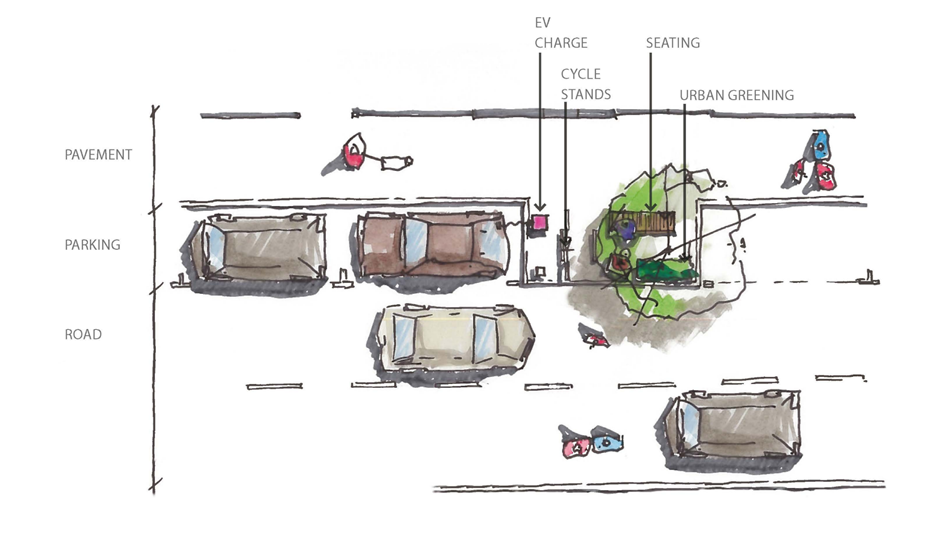