For the second year running, Arup and Centre for Cities have conducted a survey asking the elected leaders of the UK’s largest urban areas about their ambitions and challenges on issues such as transport, housing and the climate emergency.

In a sign that the ‘Greta Effect’ has cut through the political agenda, half of city council leaders and directly elected mayors contributing to the survey cited tackling climate change as a top priority – rising dramatically from just 5% last year. But they say more support from national government is needed to help them act.

In a message to national politicians fighting the General Election, more than two thirds (69%) of council leaders and directly elected mayors blamed insufficient funding as a barrier to action, while almost half (41%) cited deficiencies in national government as an obstacle.

Concern about the climate crisis has also affected their transport priorities. An overwhelming majority (75%) are encouraging the public to ditch cars in favour of cycling and walking, and over half are transitioning to more environmentally friendly council-owned vehicles. Encouraging bus use is also high on their agenda.

When it came to money, eight in ten (81%) urban political leaders would be willing to spend significant extra capital on combating the climate emergency – if it were provided by central government. Even more (94%) of them would allocate extra money from Government to public transport investment, further reducing car dependency in cities.

Not enough interest in cities from Government

Climate change is not the only issue where urban political leaders feel Government support could be more forthcoming.

Most (62%) urban council leaders and directly elected mayors rate the support that Government gives to tackling city-specific issues as unsatisfactory. Less than one in ten of them think the Government’s support is good.

Over half (52%) also expect Brexit to negatively affect their city’s ability to access international investment. An existing lack of investment is already cited by many of them (41%) as the main factor limiting inclusive growth.

Centre for Cities is using the findings to remind national politicians and the next Government of the importance of the people living and working in cities to the national economy. 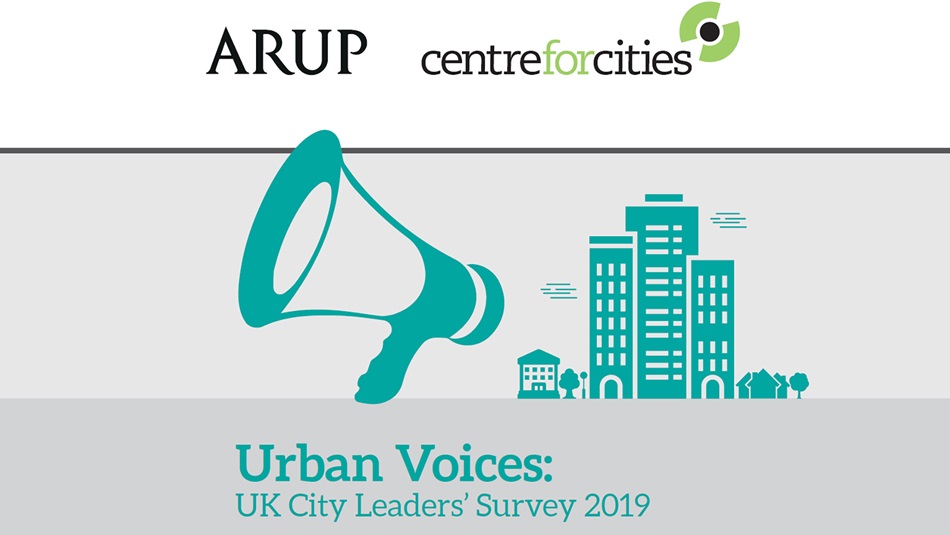 “From improving air quality and public transport, to increasing affordable housing and employment opportunities as well as tackling climate change, this survey shows that our urban leaders are prepared to shoulder more responsibility in taking on the most pressing issues facing their communities.

“It is encouraging to see the climate emergency ranked among the most important issues for British cities - but we also see significant barriers to action. These need to be urgently addressed.”

“Cities account for the majority of the country’s population and jobs but there is a concern in city halls that the urban agenda is being side-lined.