The M17/M18 runs from Gort to Tuam, including the bypass at Tuam. The route has been under construction for the last three years and has been in planning for over a decade.

With a planned opening during the first quarter of 2018, the project was delivered months ahead of schedule, with the motorway opening to traffic on 27 September 2017.

The M17/M18 combined three road schemes which had been taken separately through the planning process. The combined scheme is approximately 57km in length. Arup engineers were the designers for the contractors for approximately 30km of motorway. The motorway significantly reduces journey times by bypassing numerous towns. It also improves connectivity between the west of Ireland and Dublin. 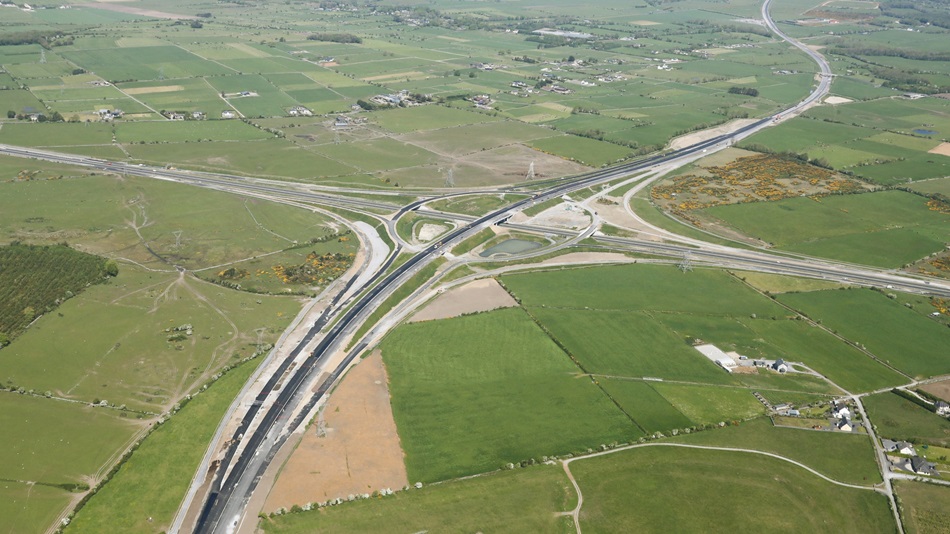 Arup added value to the scheme, addressing particular design challenges such as severe flooding, a regionally important aquifer and widespread karst. There was also a strong ecological focus due to the presence of the protected lesser horseshoe bat with the provision of a precast arch structure to act as a “green bridge” over the mainline.