Sharyn Case, a Personal Assistant in Arup’s Manchester Office, has been recognised as one of the country’s leading LGBT+ allies by 2020 British LGBT Awards. The event is the biggest LGBT+ awards show in Britain and honours public figures, allies and organisations for their commitment to equality.

Announced today, Sharyn is one of ten individuals to be shortlisted for the Top Corporate Ally Award, in recognition of driving, developing and supporting LGBT+ inclusion.

Within Arup, Sharyn sits on the committee for the firm’s LGBT+ Network, Connect Out, and is on the committee for Building Equality, a collaborative alliance of over 40 construction organisations progressing LGBT+ inclusion. Through these groups, she has been involved with initiatives to advance equality at Arup as well as in the built environment industry and organising events to address pertinent LGBT+ issues.

In addition, Sharyn volunteers as an LGBT Foundation Village Angel in Manchester every other weekend. This flagship Community Safety Programme offers a non-judgemental street service responding to serious incidents including mental health crises, whilst helping those alone and vulnerable.

Sharyn Case, Personal Assistant at Arup, said: “It is an honour to be recognised among such a prestigious list of influential people. It just shows that regardless of who you are, your voice matters.

Everyone - regardless of sexuality, gender, race or social circumstance - should feel included and supported. I am proud to work at a firm where diversity is celebrated, and we are all encouraged to be our authentic selves. ” 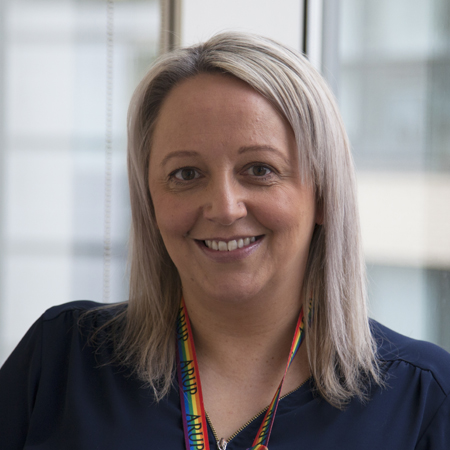 The winning Corporate Ally will be announced at the awards ceremony in London on Friday 29th May 2020.