After more than seven years of design and construction, the Tuen Mun-Chek Lap Kok Link (TMCLKL) Northern Connection opened for traffic on 27 December 2020. With the Southern Connection which has been commissioned since 2018, it will form a strategic linkage between the Northwest New Territories and the Hong Kong Boundary Crossing Facilities (HKBCF), the North Lantau and the Hong Kong International Airport (HKIA).

TMCLKL comprises the Northern Connection and Southern Connection, including a subsea road tunnel and a viaduct section. For the Northern Section Tunnel, Arup provided multidisciplinary detailed engineering design services as the Contractor’s Designer, while we also supported Gammon for the same during the design and build contract for the Southern Section Viaducts. Our close collaboration with the project teams has contributed to the creation of an economic, safe and sustainable design with an overall aim of mitigating risk at every step.

Approximately 5km in length and running to a depth of 60m beneath the sea, the Northern Connection Tunnel accommodates three lanes of traffic at the northern entrance, requiring a world-record external diameter of 17.6m for a tunnel boring machine (TBM) ever used for construction.

These extraordinary requirements stemmed from an innovative change in design for the proposed three lane northern approach ramp structure, from a conventional deep cut and cover tunnel to a large diameter bored tunnel, thereby reducing risk and significantly expediting construction. In order to launch and provide sufficient working space around such a large machine and another situated by its side for each of the twin tunnel bores, Arup designed the first cellular diaphragm wall cofferdam ever constructed in Hong Kong to provide an open strut free environment which has since been adopted by others following its great success.

The project will shorten the travelling time between Tuen Mun South and the airport by 20 minutes and divert traffic flows to relieve existing traffic conditions of North Lantau, the Lantau Link and Tuen Mun Road. 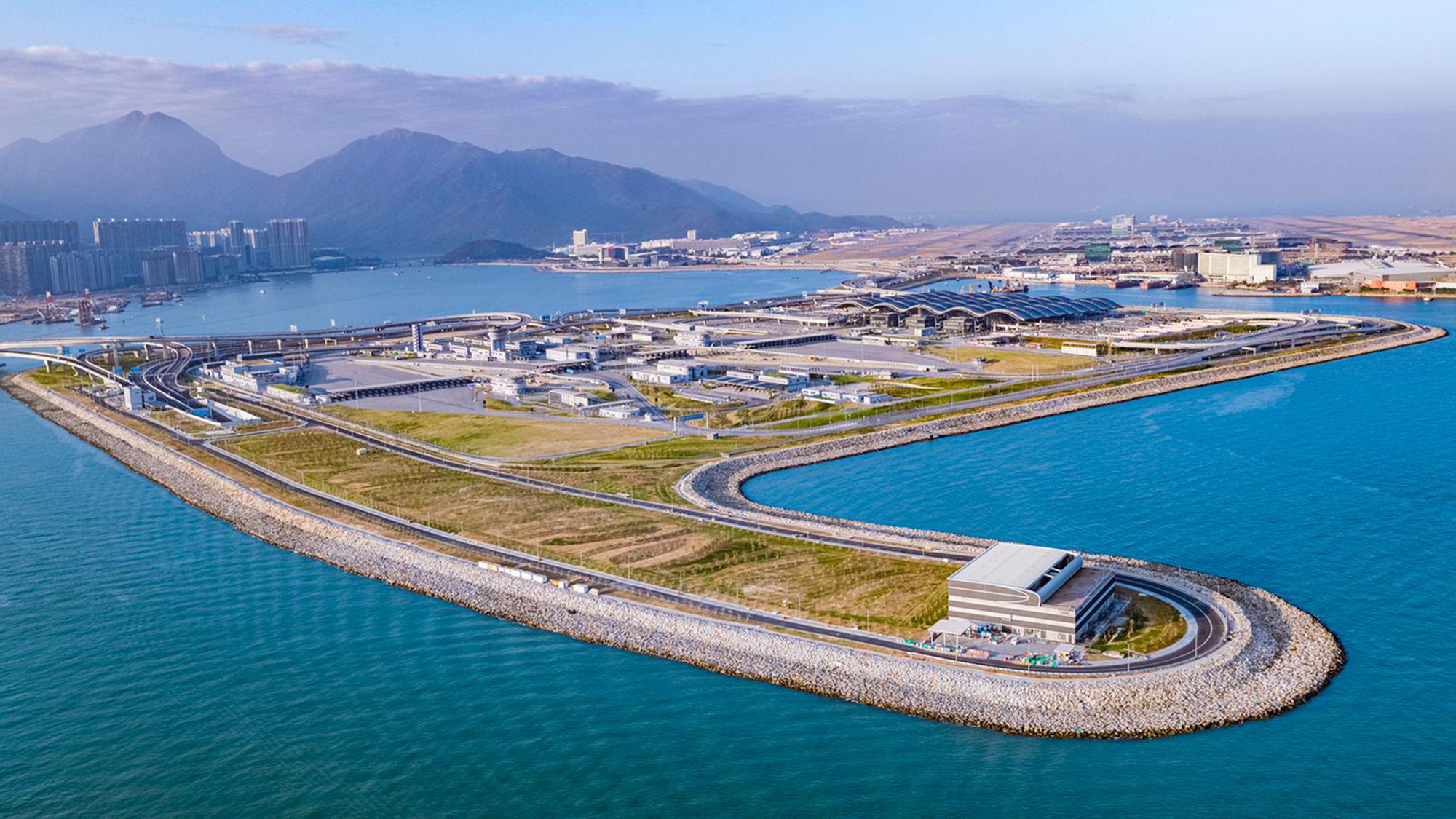 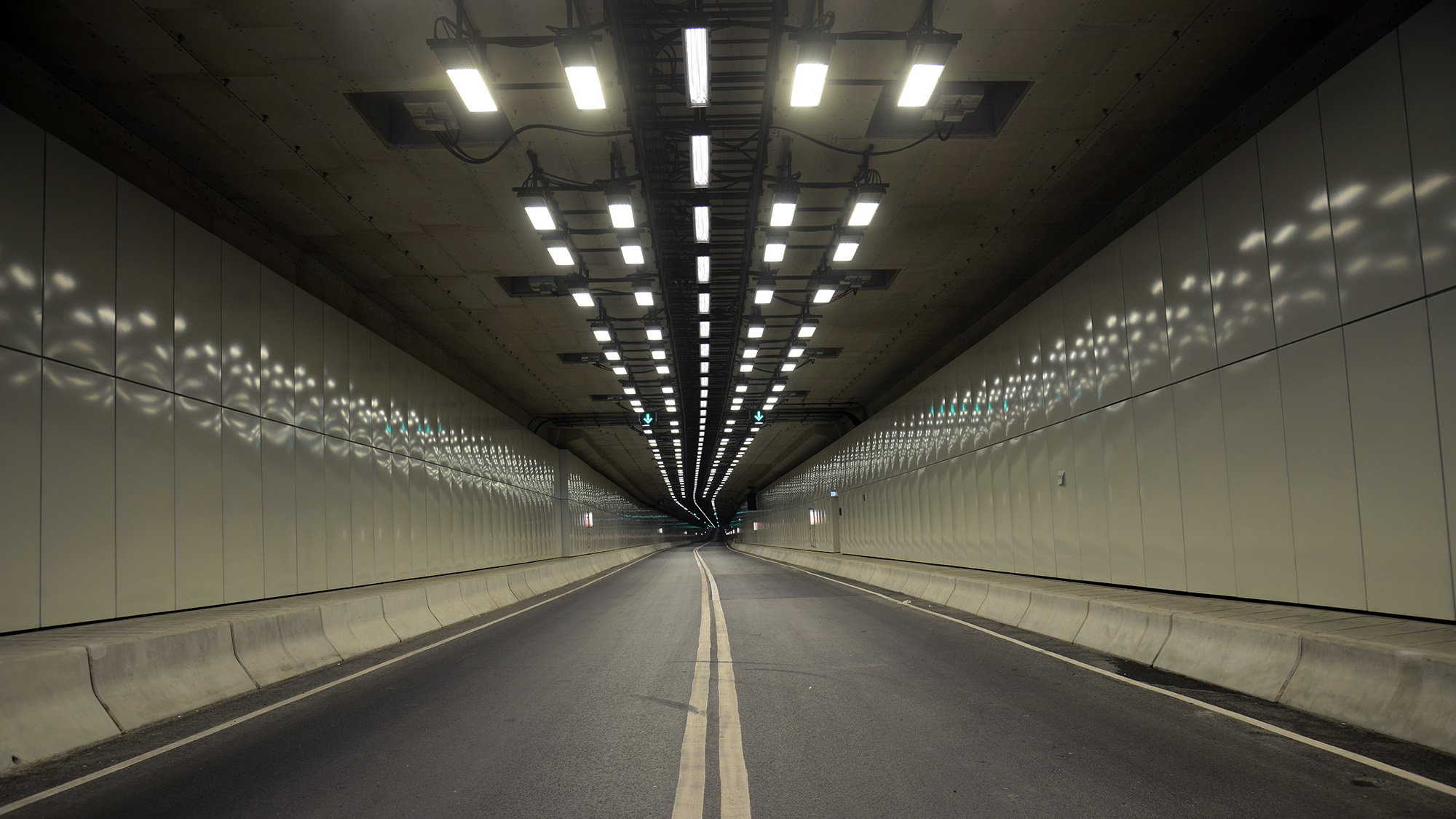 We have gathered together skills from various groups and regions to assist with this project, making it a truly multidisciplinary as well as cross-regional collaborative approach. This giant link can undeniably cope with increasing congestions, meet traffic demand and improve road safety. ”

Having started the project since 2013, I am very proud to witness the community take their first journeys on Tuen Mun-Chek Lap Kok Link – a vital travel link for Hong Kong after seven years of design and construction. ” 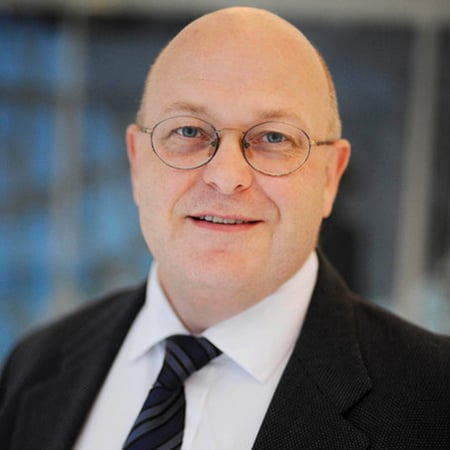 This strategic link reduces the travelling time between Tuen Mun South and HKIA from 30 minutes to 10 minutes. Work included 9km of viaduct structures, as well as 4km's of tunnel which included a world-record external diameter of 17.6m for a TBM.