Talk to Alvise Simondetti about this perspective

Talk to Alvise Simondetti about this perspective

In the past, robots were used for specialist jobs that were too dull, too dangerous or too dirty for people to do. Today, thanks to their ability to process sensor data in real time, robots do an incredible range of things. They already clean your house. Soon they’ll be able to help design and build your house too.

The tipping point has come as robotics has shifted from being the domain of the mechanical engineer to the realm of network experts. They’ve applied smartphone technology to produce robots that can sense, process data, and communicate with each other via the cloud to learn.

One example is Roomba, a vacuum-cleaning robot. In its first generation, Roomba would bump around your walls. Then it learned how to sense and spare your furniture. Now in its third generation, Roomba takes a picture of your ceiling to know where it is, a technique called robotic mapping.

Telecoms company Qualcomm has demonstrated the potential of this approach by taking a smartphone and adding four wheels and a motor. The power of the smartphone industry’s skills and technology might enable developers to leap 30 years of development and produce a robot capable of much more sophisticated actions than anything that has gone before.

What does this mean for construction? Traditionally, building takes place onsite and by hand. In the future, according to conventional thinking, machines will perform construction offsite. But this has been proposed for years. I think there will be an alternative: robots working onsite alongside humans.

This is something researchers at ETH Zürich have begun to explore. Give a robot a pile of bricks, and it will build you a perfect wall. And it can achieve effects that a human bricklayer simply can’t, such as turning each brick by exactly one degree to produce a very subtly curved wall. It does the same with timber cladding and tiles.

The leap in robotics has implications for design too. I don’t think we’ll see robots designing buildings autonomously. But I do think we could see them working alongside designers. You could use a robot to help you build a physical model, for example. And companies such as Skycatch already use drones for 3D scanning to provide cost-effective, high-speed and high-quality data about an area.

Should we be worried about any of this? Are machines going to take our place? I don’t think so. As I heard inventor Saul Griffiths point out, robots are still blind, stupid, fat, weak, slow and difficult. They’re an opportunity, not a threat. 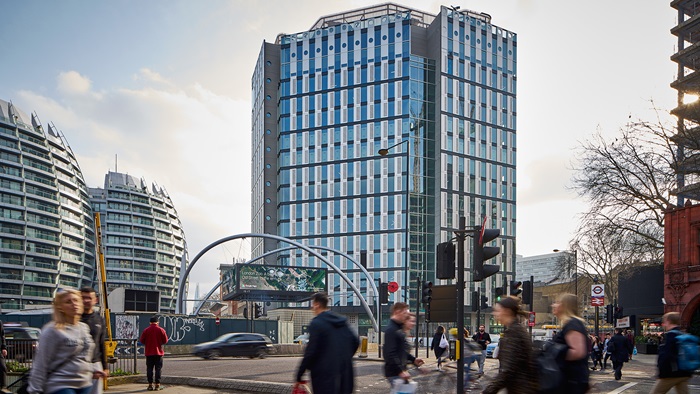