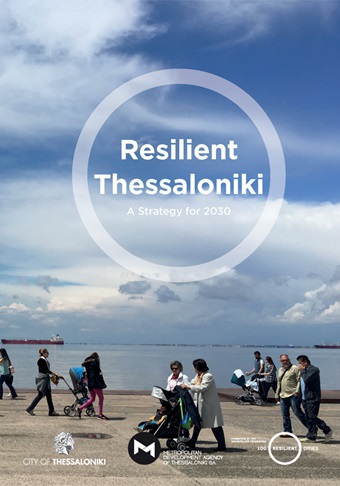 Thessaloniki is a city in transformation. A port city with a long history, and a population that deeply values history and culture. It has experienced significant shocks and stresses during the recent past, but despite population shifts, a devastating fire and a major earthquake, it has responded with resilience.

As the 100 Resilient Cities (100RC) Strategy Partner, Arup provided technical guidance to Lina Liakou, the Chief Resilience Officer (CRO), in developing a broader understanding of resilience within the city, and supported her in assessing and developing practical resilience-building actions to turn the city’s challenges into opportunities.

Thessaloniki’s resilience strategy is shaped by the City Resilience Index (CRI) which is used as the basis to map and shape the city’s resilience. The CRI was developed in partnership between Arup and The Rockefeller Foundation and has been adopted by 100RC.

The Resilience Strategy is based on eight city values (social cohesion, local identity and heritage, environmental management, health and wellbeing, youth empowerment, multi-stakeholder engagement, technology adaptation, economic prosperity), which represent Thessaloniki’s identity and will guide how the city will plan for the future.

The values cut across the city’s four main goals that together form the basis of the strategy:

These goals are broken down into 30 objectives and more than 100 actions, each with multiple benefits for the resilience of the city and population.