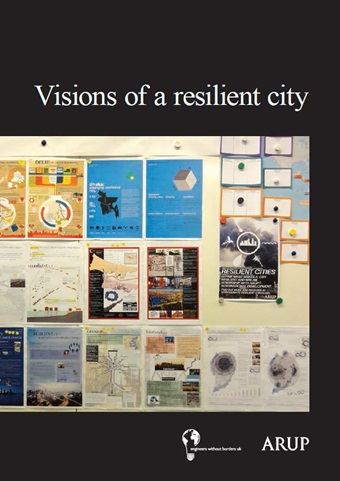 Visions of a Resilient City

A collection of the ten short-listed entries from the Resilient Cities 2012 competition for students and graduates, which we co-hosted.

Visions of a Resilient City is a collection of ten entries short-listed in the Resilient Cities 2012 competition, hosted by Arup in partnership with Engineers Without Borders UK.

The competition was launched in January 2012 to increase engagement in the urban resilience debate, and to unearth different perspectives on urban resilience from the next generation of professionals who will play a key role in shaping our urban future. It was open to students and recent graduates from UK universities, who were asked to submit a poster and a 1000-word abstract explaining why and how a city of their choice is resilient.

The short-listed entries in this 64-page compilation present examples of what resilient cities could look like alongside expert analysis in the context of recent frameworks for urban resilience.

Visions of a Resilient City