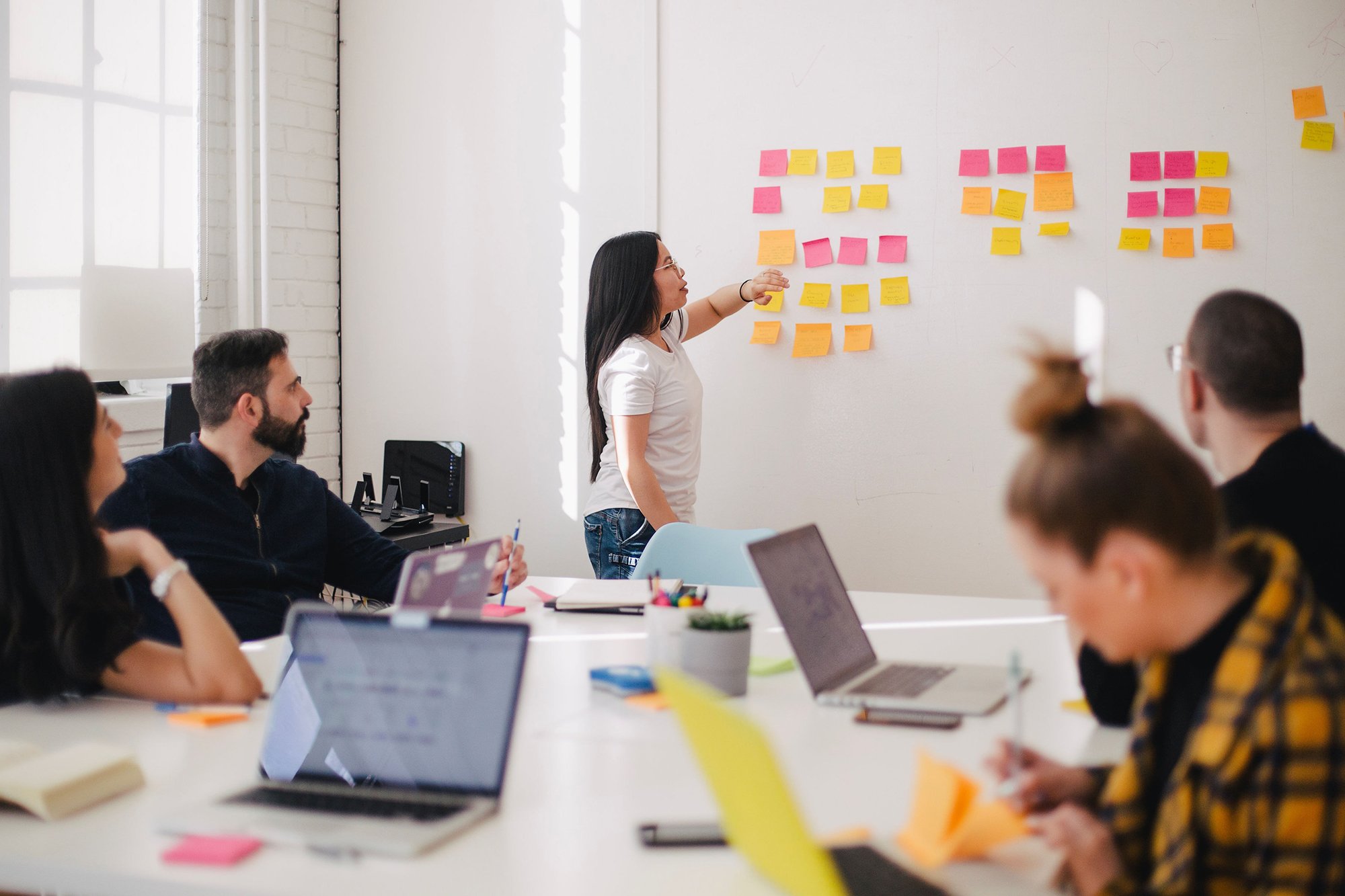 Creating a culture of learning and innovation

Creating a culture of learning and innovation

Talk to Maria Aiolova about this perspective 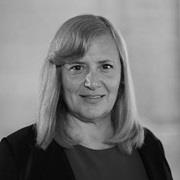 Talk to Maria Aiolova about this perspective

Maria Aiolova is the Americas Arup University Leader, the firm’s resource for learning, research, knowledge and collaboration. She is a newly appointed member of the Women Economic Forum (WEF) Advisory Board and will be speaking at WEF 2020 about “Culture & Creativity: Creating Pathways To Prosperity” on the 5th of March in the lead-up to International Women’s Day.

We sat down with Maria to discuss how creating a culture of learning supports the advancement of women and the personal learning journey that ultimately led her to Arup.

You are slated to speak at WEF’s upcoming annual conference in Cairo about how to create a culture of learning. Why focus on education when WEF invited you to present?

Much of my career has been dedicated to creating learning-rich, interdisciplinary environments. When Mitchell Joachim and I started Terreform ONE, for example, we knew we wanted to create a “charged” space outside the traditional confines of business or academia, where people with varying backgrounds and expertise could come together and freely explore.

Last year, when I spoke at an internal workshop on navigating the challenges of underrepresentation, the facilitator said to me, “It’s apparent that throughout your career you’ve had the confidence to jump in and learn new things when opportunities came along.” It’s true, I’ve been privileged to work in environments, like Arup and Terreform ONE, that actively promote this kind of free exploration, which builds confidence. Mapping out the ingredients that go into creating that kind of culture is a powerful way to support the advancement of women.

What are some of the critical ingredients for creating these cultures?

First, there’s awareness. There’s a McKinsey report from 2011 that stays with me. The key finding was that men are promoted based on their potential and women are promoted based on their accomplishments. At Arup, we’re lucky to have a lot of women in leadership positions. We’re also already seeing measurable progress in our commitment to fostering diversity and inclusion. When I look at the numbers, I see that the paths of up-and-coming female leaders track closely with those of their male peers. But barriers to progress still exist and it doesn’t serve us to ignore them. Some of these barriers are external and some are self-imposed and there are ways to mitigate both. For instance, because women are still more likely to be judged on their accomplishments, many are less inclined to raise their hands to say they don’t know something when entering uncharted territory. We need to consciously create a learning environment that rewards putting yourself forward and asking questions. It’s important to note that this benefits the company as much as the individual.

Why do you think women’s success at college and the graduate level isn’t directly translating into the work world? And, more importantly, what can we do about it?

It all goes back to structural and internal barriers, and the way to overcome these hurdles is by creating a culture of learning. We need a culture that’s agile and adaptable enough to capitalize on people’s strengths, even if that means hiring managers have to tweak the job description they had in mind to play to those strengths.

It’s important to understand that a culture of learning starts at the top. It’s up to leaders to create the conditions required for people to thrive. So, if you notice that the young female recruit with an impressive degree is going quiet during team meetings, actively engage her and solicit her feedback. If you feel like her perfectionism is getting in her way, make sure you’ve built a team that respects the natural learning curve and encourages her to take steps like seeking out a mentor she can go to for help and advice.

Can you talk more about the importance of mentorship?

Mentorship can be a very powerful tool. It was essential to me in my early career, and it continues to be important today. I originally trained as an architect, but when I moved to Boston in the mid 90s, I took a job with the urban designer Christopher Chadbourne. He immediately put me to work laying out the first bike paths in Cambridge, which were the first bike paths in the country. We had to fight for the project block by block, attend community meetings, and sell stakeholders on these plans. In the process, I became passionate about urban design. I decided to go back to school to get my masters. Chris had started the urban design program at Harvard’s Graduate School of Design, and he was my mentor so that’s where I landed.

My time at Harvard set the stage for the rest of my career. Working for Chris had opened my eyes to the power of urban design to transform our cities into more sustainable, equitable, human-friendly environments. The conversation around sustainability was just emerging and hadn’t yet penetrated Harvard. I met Mitchell Joachim and other like-minded peers and we started a club, Ecology in Design, to explore these topics. We invited faculty and researchers from other schools within Harvard. This exchange of ideas was informal, but in some ways, I probably learned more from my peers than my teachers. Those conversations ultimately trickled up and influenced the department’s core curriculum.

My relationship with Joachim ended up long outlasting the program. Four years later, we founded Terreform ONE to keep the conversation we’d started at Harvard moving forward and we’ve worked together ever since. This illustrates something you often hear at Arup: peer collaborations can be just as motivating and impactful as mentorships.

Terreform ONE was recently awarded an Ove Arup Foundation grant, and you and Joachim recently published a book about the group’s work. Can you tell us a little about the organization’s genesis and mission?

In 2006, Mitchell had just graduated from the MIT Media Lab. We were both inspired to create a new kind of practice sitting at the intersection of architecture, design, and science — a platform designed to bring together experts across industries. Innovation doesn't happen in isolation. To get there, you need spaces where different kinds of thinkers are encouraged to freely explore synergies and work together to identify new opportunities. That was the goal with Terreform ONE.

At Terreform ONE, we invited multidisciplinary students and professionals to join the conversation. Immediately we had students flocking to us and it became clear that education was going to be a big part of our mission. In 2009, we started running the ONE Lab School to investigate solutions at the nexus of design and science. The first summer we built a rooftop farm. People came from around the world to work there. Now urban farming is a whole movement, but this was pretty vanguard at the time. We had a beekeeper before it was legal in New York City.

The essential mission of Terreform ONE is to drive the creation and dissemination of urban design solutions that support biodiversity and social equity. That work is very much aligned with Arup’s core values, which I think is why it attracted the attention of the Ove Arup Foundation.

Maria with the founders of Charge Inc. startup and Arup at the Regional Plan Association Gala in New York

What drove your decision to join Arup in 2018? And how do you think the work you did at Terreform ONE has influenced the way you approach your role?

I met Mahadev Raman (Arup Fellow and Trustee) at a conference in early 2000 and he became another important mentor in my life. It was through him that I learned about this role.

I was at a point in my career where I wanted to be more impactful. I had been in research and education for more than 20 years, and I knew that if I stayed in that space it might take me another 20 years to move the needle on climate change. And we don't have 20 years.

At Terreform ONE, my work focused primarily on developing a culture that fueled collaboration, learning, and innovation, so this role felt like a natural fit. I also knew that Arup had a very long reach and a giant pool of interdisciplinary experts, which meant it was positioned to make a real impact in the built environment. There was already a lot of innovation happening within Arup every day — research innovation and technical innovation. But I felt that I could extend the firm’s reach even further by creating a charged space and implementing systems that facilitate the free exchange of ideas.


What changes are you making to help drive innovation at Arup?

Last year, we launched our new research strategy as well as a program for staff to engage with external entrepreneurs to help drive innovation in strategic areas — most notably sustainability and emerging technology. Through our Ventures program, we're encouraging the development of imaginative projects, digital tools, and businesses beyond our usual scope that address built environment challenges in exciting new ways.

We are working to ensure that the investments we make are both market-driven and aligned with Arup’s values. I’m harnessing my knowledge of research methodology to strategically assess the medium to long-term impacts of these investments on the firm.

I'm also trying to use my expertise to guide some of the projects that Arup University is funding, such as the Goals for a Child-Friendly New Orleans report developed by Arup principal and urban planner Margaret Newman. I’m currently in conversation with Will Baumgardner, the leader of our transportation consulting practice in San Francisco, and his team, who just completed the first phase of research for a report on designing cities for women.

Ultimately the changes we are making are all about prioritizing learning and exploration and empowering people at Arup to think outside the box. Going back to the impact this can have on women, I want to see the young women I teach and mentor raising their hands and saying, “I can do this.” And I want that same culture of confidence to fuel innovation across all of Arup.

Starchitects aside, we hear little about the individuals whose cumulative decisions shape the built environment. Cierine Nicolas, who leads our Chicago office, spoke with Kelsey Eichhorn about her paths from premed to electrical engineering to Silicon Valley, parenting as the ultimate form of leadership, and connecting the dots through a multifaceted career.

Lighting designer Renee Thomas discusses her most defining moments, including her second career in the Coast Guard Auxiliary and how her experience as an emergency responder inspired her to pursue impactful virus-mitigating research and development at Arup.