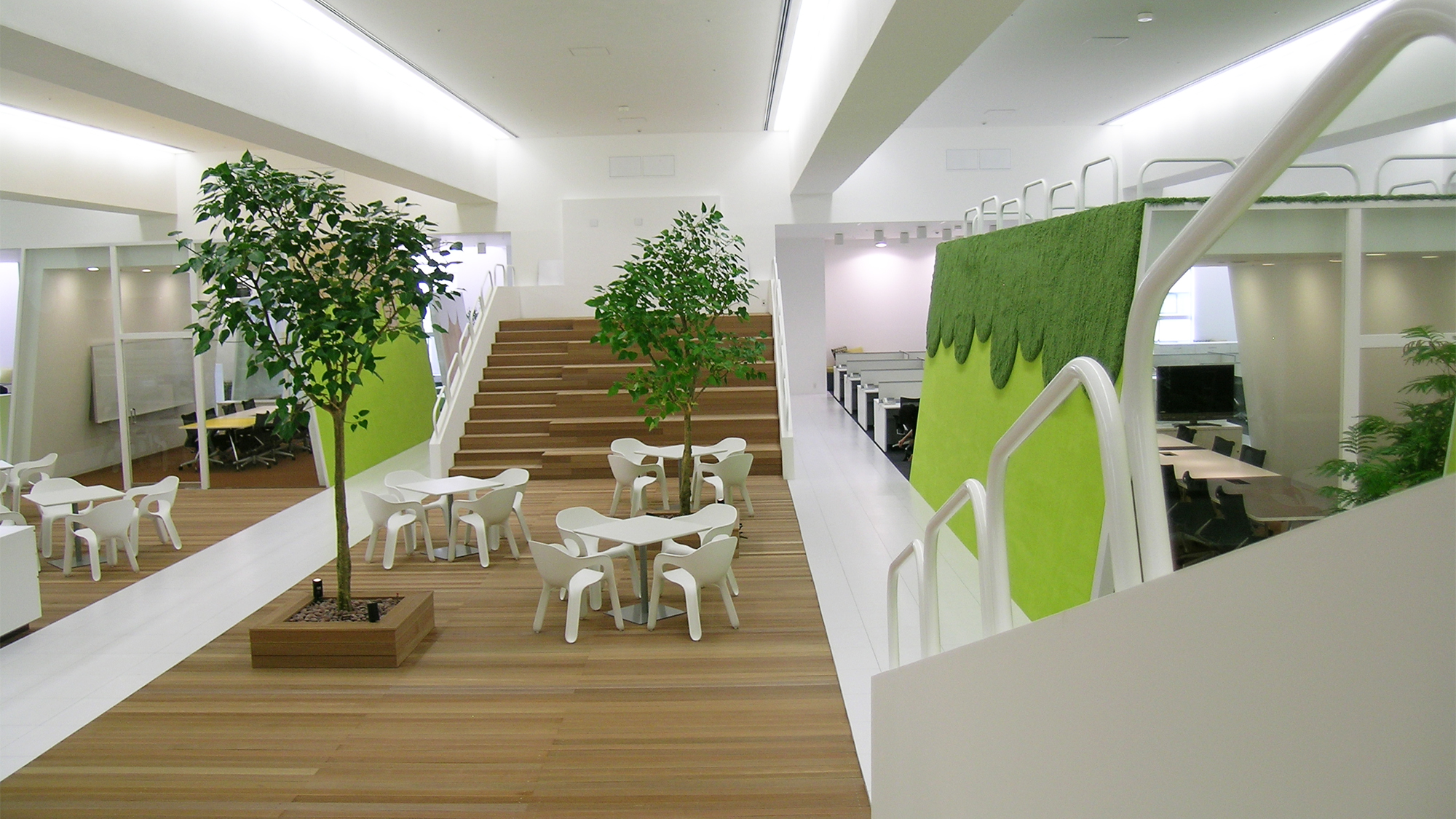 This office for TBWA\HAKUHODO, a joint venture of leading advertising agencies TBWA and Hakuhodo, is set on two floors of an existing building in space that originally housed a bowling alley. The existing bowling lanes were converted to a double-height, open-plan office space.

The public entrance, lounge, executive offices and meeting rooms are on the upper floor. The entrance affords views through large windows across the open-plan office below.

Set at the centre of the lower floor is a 'disruption zone' that contains a cafe, planting and informal seating – creating a breakout space and informal meeting area for staff. This is a key element in helping to integrate the staff of the two constituent companies.

The seven free-standing boxes used for individual offices and meeting rooms are arranged in the double-height office space, creating a colourful and unique office landscape.

The creative design was praised by the public and was recognised with the 'Best of the Nikkei New Office 2007 Award', the Minister of Economy, Trade and Industry’s Prize and the Creative Office Prize. 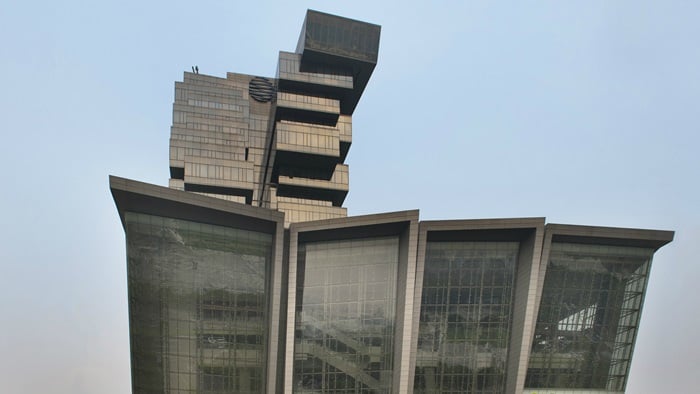 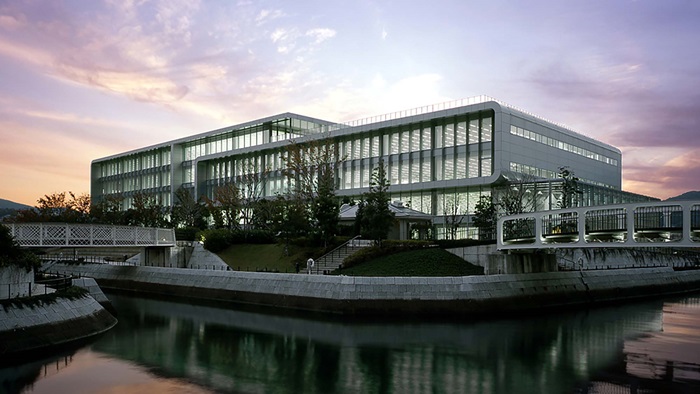