Arup, in partnership with C40 Cities and the University of Leeds, has produced a new piece of research revealing that urban consumption - what urban citizens use, eat, and wear, and how these things are made and transported - is a bigger driver of global GHG emissions than previously thought.

The report has found that consumption-based emissions from nearly 100 of the world’s big cities already represent 10% of global greenhouse gas emissions. Without urgent action, those emissions will nearly double by 2050. The study also reveals the opportunities that cities and their citizens have to contribute even more to the global effort to cut emissions and address the climate emergency.

The new research, The Future of Urban Consumption in a 1.5°C World cautions that urban consumption-based emissions must be cut by at least 50% by 2030 in order to maintain the possibility of keeping global temperature rise below 1.5°C. When combined with firm city efforts to reduce local emissions, this would allow cities to deliver 35% of the emission savings needed to put them on a path to 1.5°C.

High income areas, which generate the bulk of emissions, need to cut their emissions much faster – two-thirds by 2030. Fortunately, the research finds that if nations, business, cities and citizens take ambitious climate action over the next 10 years, cities will be on track to reduce their emissions in line with a 1.5°C world.

Ben Smith, Energy and Climate Change Director, Arup said: “As the scientific evidence mounts, it’s clear that we all must do more and with greater urgency, to reduce emissions and mitigate the threat of climate change.

Mayors in the C40 Cities network are well placed to provide leadership on this and we think that a focus on consumption-based emissions can be helpful in promoting collaboration. This report focuses on key actions to reduce consumption-based emissions in C40 cities. All of us, from city leaders and businesses to individuals, have important roles to play by developing policies, regulations, incentives and promoting behavioural changes.

The actions in the report are ambitious and challenging, but bold action is necessary.”

The actions in the report are ambitious and challenging, but bold action is necessary. ” 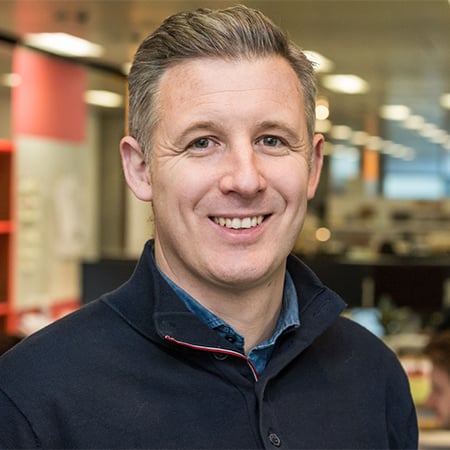 Mayors are already leading the response to the climate emergency by setting science-based targets compatible with keeping the global temperature rise to 1.5°C, and they are taking impactful action to reduce local emissions from buildings, energy, transport and waste. 27 C40 cities have already peaked their production emissions - those emitted locally.

However, the C40 network represents one-quarter of the global economy, and 85% of the emissions associated with goods and services consumed within their boundaries are imported from elsewhere.

The place to start is with those who consume the most. To reach the reductions needed, high-income urban areas must reduce the climate impact of consumption by two-thirds within the next decade, while rapidly developing economies must adopt sustainable consumption patterns as they continue to grow. Many C40 citizens still don’t consume enough to meet their basic needs, so ensuring a just transition, and that reduction of consumption-based emissions is fair, will be crucial.

“Stopping the climate crisis requires keeping global temperature rise to below 1.5°C above pre- industrial levels. Transforming the global economy to deliver on that goal will require action on a scale never seen before in peacetime. Everything and everyone will have to change, but the first step is understanding what needs to be done. This research clearly demonstrates that changing the way we consume could make a significant contribution to cutting emissions,” said Mark Watts, Executive Director of C40 Cities.

“This is a wake-up call for all leaders, business, and citizens to consider both the local and global climate impact of the things they consume, and an opportunity to better engage citizens and businesses in solving the climate emergency. ”

Together these actions would save around 1.5 GtCO2e per year by 2030. When combined with existing city climate commitments, this would deliver 35% of necessary reductions in consumption-based emissions needed to put C40 cities on a 1.5°C trajectory. This shows that mayors, business and citizens can together make a big difference on consumption. Specific opportunities for cities include:

The changes to current consumption patterns that need to be delivered in cities are in some cases dramatic, but individuals, businesses and city governments all stand to gain if the changes are delivered in the right way.

Mayors, national governments, business, and individual consumers must work together on immediate and ambitious action to decarbonise global supply chains, shift to sustainable consumption practices, and transition to a low-carbon economy. Updating national targets to initiate an accelerated transformation of global production with increased decarbonisation of electricity, energy efficiency, shifts to low-carbon fuels in our buildings and transport, and less carbon-intensive industrial processes (particularly cement, steel and petrochemical manufacturing) will deliver 95% of the necessary reductions by 2050.

"There is a growing consensus, based on compelling evidence, that we face a climate crisis and rapid action to reduce greenhouse gas emissions is a necessity,” said Professor John Barrett, Chair of Sustainability Research at the University of Leeds.

"Cities have a unique opportunity to deliver mitigation options in addition to national action. Cities can clearly reduce their direct emissions from heat, electricity and mobility inside the city as well as reduce the emissions that occur outside the city due to its residents' consumption patterns. This report documents the carbon footprint of key global cities as well as analyses a range of strategies and policies that can be implemented at the city level."

To date, Arup and C40 have worked together on more than 25 projects affecting hundreds of climate actions in C40 network cities. Projects have ranged from research on science-based climate targets for cities, data analysis and reporting on climate actions, to technical support to cities in the areas of low carbon energy, building energy efficiency and sustainable transportation.

Download The Future of Urban Consumption in a 1.5°C World